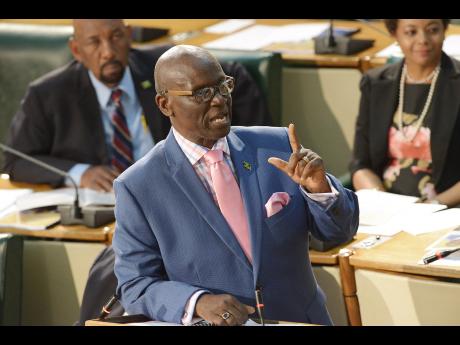 An ambulance valued at approximately $13 million was handed over to the Hanover Fire Department last Friday by Minister of Local Government Desmond McKenzie.

McKenzie, speaking during a ceremony held on the grounds of the Lucea Fire Station, said that his ministry is seeking to ensure that emergency medical technicians have the tools to carry out their jobs. He said that the provision of the ambulance also strengthens the capacity of the Jamaica Fire Brigade (JFB) to respond to emergencies.

"We are working very closely with the Ministry of Health, through the National Health Fund, and they are providing the ambulances. All that is asked of us is to provide the personnel for training," McKenzie said.

McKenzie said that it is important to strengthen the capacity of the fire service.

"We are doing so by providing more trucks to come by the end of this year. We have done so by putting in two brand new boats into the system; we are doing so now by providing some $35 million to the JFB to buy rescue boats just in case disaster comes and we need to boat people out of communities that are flooded," he stated.