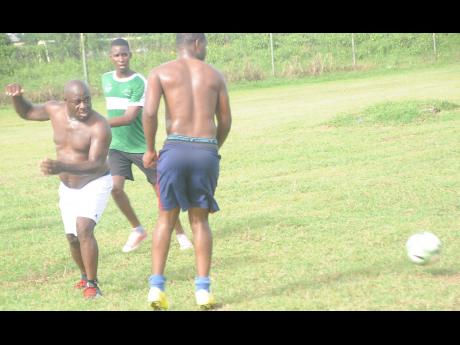 Calbert 'Short Boss' Forrester (left) rolling into the goal to give the police a 1-0 win over the soldiers a at the Hanover police fun day. 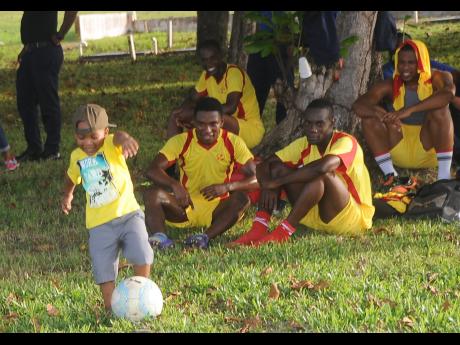 This youngster is one for the future. 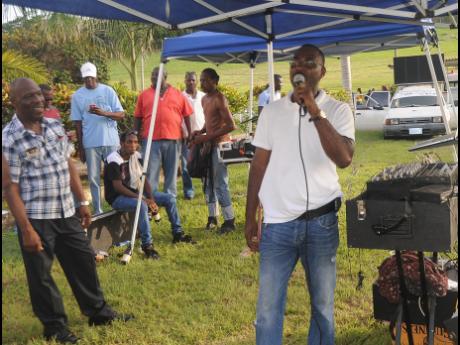 DSP Andrew Neish, at the control tower at the Hanover police fun day. 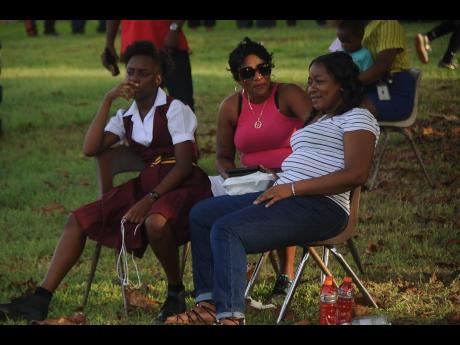 These ladies were seen enjoying the relaxing athmosphere at the Hanover police fun day held ayt Jockey Factory in Lucea, Hanover, on Thursday. 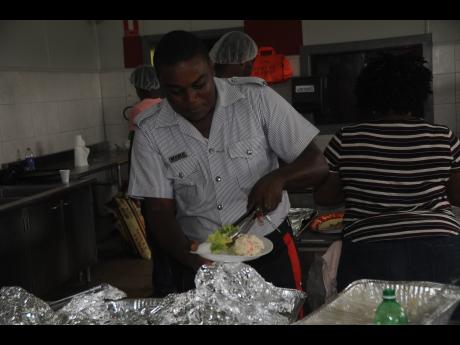 It was a day of fun and frolic at the Jockey Factory in Lucea, Hanover, on Thursday, as the Hanover Police Civic Committee and Hanover Police Division jointly staged a fun day to celebrate the work of the police in its bid to rein in lawlessness in the western parish.

According to Deputy Superintendent of Police (DSP) Sharon Beeput, after a horrific start of the year which saw the parish registering some 29 murders in a mere two months, the police, with the support of the Jamaica Defence Force, the business community and law-abiding citizens, have done wonders in their collective effort to restore order to the parish.

"Today is the day in which we are basically saying thanks to the hard-working policemen from the division, who have been doing so well to restore peace to the parish of Hanover," said Beeput. "We are now getting to where we want to in regard to restoring order, so it is really an appropriate gesture to show appreciation of the officers."

The day's activities, which featured an exciting six-a-side football tournament, a domino contest, giveaways and retro-style sound system party, had participants from the JDF, the Jamaica Public Service, the Hanover Fire Department as well as community teams.

It was like a family affair as wives, girlfriends and children were also out in large numbers.

While the six-a-side football tournament was exciting from start to finish, the action reached fever pitch when the police, many sporting protruding stomachs, clash with the far more athletic-looking soldiers. To the surprise of many, the police held their own and surprised the soldiers with a 1-0 win, courtesy of a sublime chip by Detective Corporal Calbert 'Short Boss' Forrester.

When the football made way to the music and giveaways, it was almost a total DSP Andrew Neish show, as he left no doubt that he could rival some of the nation's top selectors - he kept all and sundry dancing and calling for regular 'pull-ups'. McNeish unleashed hit after hit, including a number of well-received old-school Vybz Kartel tunes.