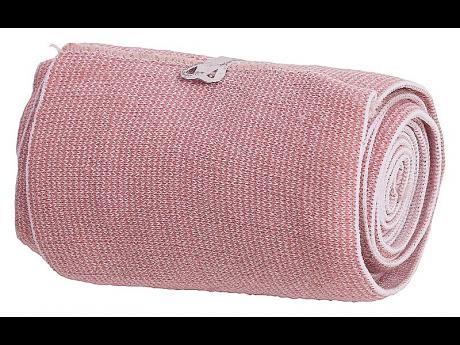 A six-year-old boy is now admitted to the hospital after falling over 18 feet while at school on Monday afternoon.

Elsey O’Connor Thomas told THE STAR that school had just been dismissed at 2:30 p.m., when the incident occurred.

Her son, Renoy Thomas, who is in grade two, went to tell his older brother, a grade five student, that he would be heading home.

From the reports she got, Thomas said Renoy was standing and holding on to the rail when he was bounced causing him to tumble from the upper level of the building.

She said instead of ensuring that her son got the medical assistance that he needed, teachers opted to contact her to pick him up from school.

“They took him up off the ground and put him in the office and waiting on me, the parent, to come for him and I ask them why they did not rush with him to the hospital,” she told THE STAR.

Luckily, her son’s father was outside waiting for Renoy. She informed him of what happened.

When his father found him, Thomas said he had to keep slapping his face to make sure that he remained conscious.

“Him [Renoy] no know nothing, him no know who tek him, nothing ... everything did dead, hands and other limbs dead,” she said.

She argues that although teachers said they warned younger children not to venture to the upper level, it is unsafe for most children.

“The railing dem wide, any child can go through the rail and drop right through,” she said. Since the incident, Renoy has started to talk a little.

“So far we do some X-rays but we don’t get no result yet but the doctor say him going to do some brain scans so the have him on drip and under observation,” she told THE STAR.

Efforts to contact the school administrators up to press time, proved futile.