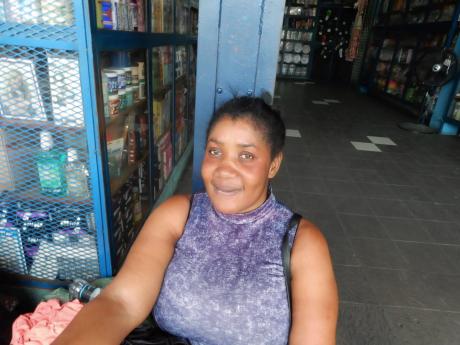 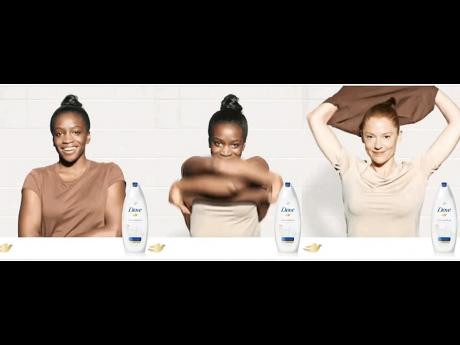 The controversial Dove ad that had tongues wagging.
1
2

Following the Dove body wash Facebook advert in which a black woman removes her brown shirt to reveal a white woman in light shirt underneath it, a number of skin bleachers in Jamaica have sought to set the record straight that their motives for bleaching their skin is not to transform themselves into a white person, but to have 'a clean look'.

Many social media users across the world have been complaining about the advert, saying that it is suggesting that black people are dirty and white people are clean.

The outcry to the Dove ad, which was released last week, has prompted the company to apologise.

"We apologise deeply and sincerely for the offence that this has caused and do not condone any activity or imagery that insults any audience."

When THE STAR asked Faulkner if she believes black is dirty, she said: "You notice when people bleach, dem skin clean, and when people don't bleach dem skin look like Scotch-Brite. Mi know when she did black (pointing on another vendor) and you see how she bleach and get clean now."

Though Faulkner has never used Dove soap or body wash to bleach her skin, she said that she uses the product from time to time. "Mi used to use it, but mi nuh think it bleach your skin," Faulkner said.

Another vendor, Christine Medley, said her reason for bleaching her skin is to tone down her blackness, but not to transform into a white woman.

Meanwhile, Sandra Grant said: "Mi wouldn't want turn into a white woman. I only do it to tone because mi born brown."

Unlike her fellow bleachers, Grant does not believe that dark skin suggests that one is dirty "Mi nuh think black people dirty, mi just do it to tone up and clear up little, not necessarily to clean," Grant said.