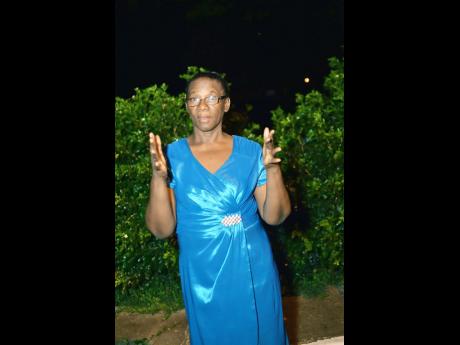 The mother of Leonardo Matthews, who was shot and killed on October 11 at the Greater Portmore Police Station, was in shock when she found out her son had died.

"My son was supposed to come home the day before, but he didn't. I was worried about him so I went to the station to file a missing persons report. When I went there, I found out that he had been killed the day before," she told THE STAR.

Pinnock said that on the Wednesday of the shooting, she passed the station and saw the gathering but was unaware that the commotion was because of her son's death. The incident was reported in The STAR on that day.

She told THE STAR that her son suffered from mental illness for 14 years and was admitted to the Bellevue Hospital more than three times.

"At the time of his death, he had his disability ID with him. When I went to the station the following morning with his national ID to file the report, that is when they told me that he died the day before."

Pinnock said that the police have not given her much information as it regards to the death of her son.

She lamented that the day of her son's death, she was told by persons that he went to the station trying to report something to the police.

"What dem tell me is that him did a stamma (stutter), so the police ask him fi come out a the station. Him never listen so dem pepper spray him."

One version of the story is that Matthews reacted angrily after he was pepper sprayed. It was at that point that he was shot. And yet another version indicates that he walked into the station guardroom, and attacked a police officer with a knife before he was shot to death.

"The post-mortem papers indicate that he was shot multiple times in the chest and in bracket I see arms and legs. I really don't understand what that means," the distraught mother said.