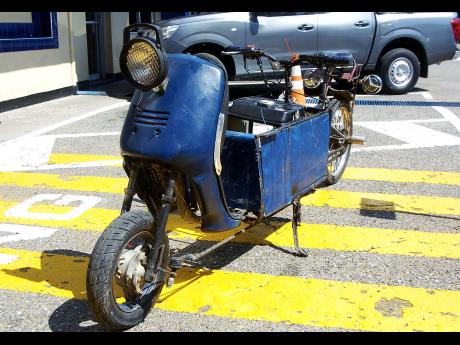 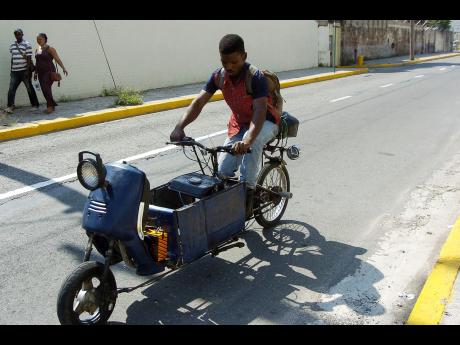 Ericsson Edwards on his 'motorcycle' outside The Gleaner yesterday. 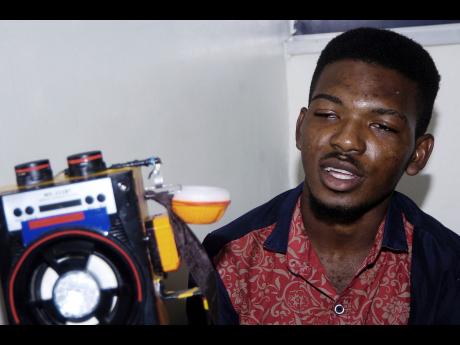 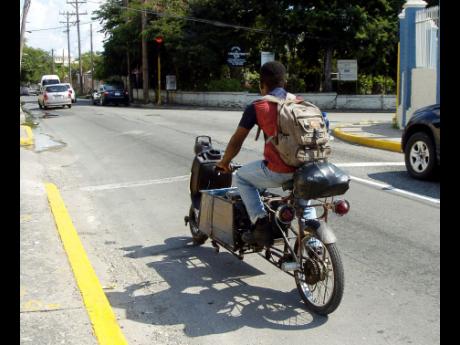 And he's off! Ericsson Edwards waits on the traffic light. His invention has certainly caught a few stares.
1
2
3
4

Nineteen-year-old Ericsson Edwards is making life easier for himself with his new inventions.

He has built a solar-powered radio and a motorised bicycle, which is the merger of a motorcycle and a pedal cycle.

Edwards told THE STAR that he decided to make the 'bike' because he wanted an easy way to carry around his tools.

“I wanted to travel with my welding and gardening tools but a normal bicycle could not do the job,” said Edwards.

In addition to being a student enrolled in the Level III welding programme at the Portmore HEART Academy, Edwards offers gardening service in the sunshine city.

He also sells goods to help finance his way through school.

Speaking about his bike creation, Edwards said that he had the idea for some time but could not work out how to make it work.

“I did a sketch of what I wanted but I was not sure how to complete it. The idea on how fi dweet come when me deh downtown and me a look pan d JUTC bus driver turn the bus when him driving,” he said.

The bike, which has an engine, runs on both oil and gasolene.

But if he runs out of either before his next stop, the bike can also be pedalled like a 'regular' cycle.

Either way, he gets around.