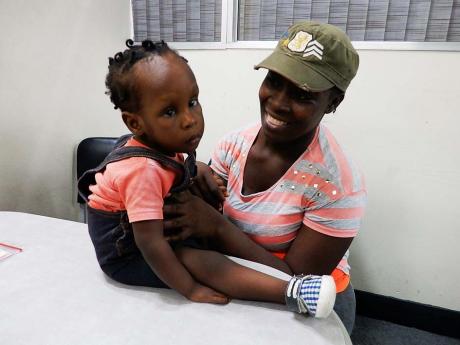 Shanice Rowe plays with her son Lashaun, who has a rare blood disease. 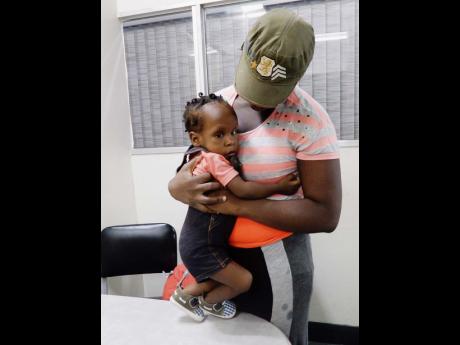 Shanice Rowe cuddles her son Lashaun, who is suffering from Walker-Warbug Syndrome, a rare disease. 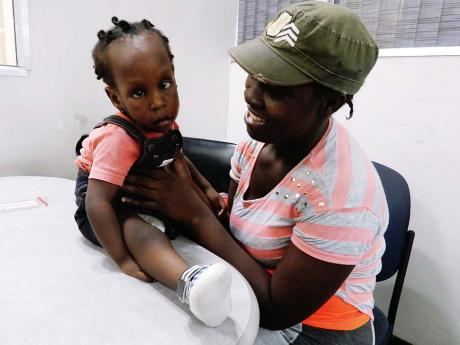 Shanice tries to get a smile out of her son Lashaun. Two-year-old needs help to overcome his life-threatening condition.
1
2
3

"When he was born, the doctor told me that he had Walker-Warburg Syndrome and that he will not live for long," said his mother, Shanice Rowe, who said she was shocked at the diagnosis.

She told THE WEEKEND STAR that doctors told her she needed to prepare to bury her child. This sent her into a state of depression.

"When doctors told me about this condition, I started to cry and ask God 'Why me, why my child?'," she said.

Though he was born weighing nine pounds, Lashaun was a fragile baby. "He could be folded like a rag," Rowe said, also asserting that "doctors called him a rag doll."

She did some research of her own and called a hospital in Florida.

"The doctors told me that children rarely live past six months and if they do, they will not live to see their third birthday," she said.

Rowe said that from his birth, Lashaun has had four surgeries with two left to do.

She remains hopeful that her child will live a great life despite what science says would happen.

"This is a rare condition in Jamaica and not a lot of people know about it. If my son can live to see his second year without much knowledge of it (the disease), then he can live a great life," she said.

She added that she has a dream for her son to become "a great doctor, my little plastic surgeon."

But Rowe is having difficulty paying doctor bills.

"I have used up all of my life savings going to doctors islandwide. I get the chance to do a little house cleaning job here and there, but I can't have anything permanent because of his condition. I can't be away from him too long," she explained.

Rowe is appealing to the public to help her as she tries to get everything for her child.

But that's not all. She said Lashaun also needs another piece of equipment that will help with his muscle growth.

Anyone who would like to help little Lashaun can call his mother at 537-900 or make a donation to Jamaica National, May Pen branch, account number 2094244841.