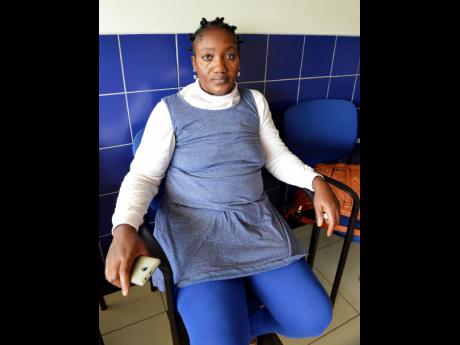 After spending nine months in prison for drug trafficking, Marion Brown is now complaining of being unable to get a job.

Brown, 49, was last year convicted of possession and trafficking of marijuana after she attempted to smuggle the drug into Barbados.

Since her release in July, Brown said that she has been on the hunt for a job. However, all the doors have been slammed in her face.

"I have applied to many security and cleaning agencies, but when dem ask fi me police record and me show them, dem nuh bada wah employ me."

"Me woulda start supm a me own, but me nuh have nuh money right now so me a look supm to start me up."

Brown, who is from Waltham Park Road in Kingston, told THE STAR that since her release, she has been judged because of what she did. She lamented that she would not want to stay in the position she is in as a result of what she did wrong.

Now unemployed, Brown told THE STAR that she relies on her boyfriend for support. She is, however, convinced that she is able to earn a living lawfully and contribute to her family.

"Me make a mistake and everybody make mistakes. We have to learn from them but me nah get nuh opportunity fi fix things. When dem see me police record, dem reject me."

Brown said that it is important that members of the society find it within themselves to give people a chance.

"This is di reason crime cya stop. People wah betta themselves but nah get the opportunity because a dem past. Then dem nuh muss turn to the way weh dem a get a likkle change," Brown said.