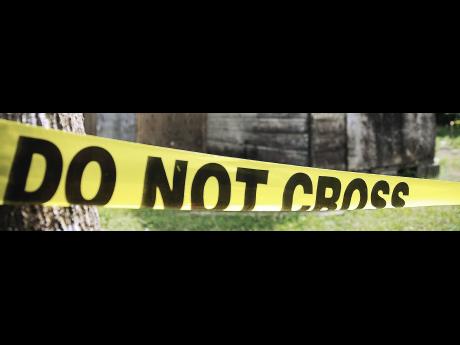 An employee of eGov Jamaica, Donna Dempster, was electrocuted as she made her way home. Reports reaching THE STAR is that Dempster and other colleagues were on their way home last week when disaster struck.

THE STAR was informed that the bus made a stop at the Greater Portmore Shopping Centre, where some of the passengers took advantage of the stop to buy fruits.

A staff member said a truck crashed in a light post and the downed wire caught Dempster.

Dempster was taken to the Spanish Town Hospital where she succumbed to her injuries. She worked at eGov for more than 14 years.

Her son Marvin Palmer described her as one of a kind.

"My mom was liked by everyone. She was like a mother to everyone. She was soft spoken and soft hearted," he said. Her older son Oral Allen said the information he got from the traffic police is that earlier in the day, a bus drew down the wires which were to be repaired.

"However, later in the day, a trailer truck drag it down and it caught my mother," Allen said.

Another staff member Horrace Stephenson was also injured in the accident.

The Greater Portmore police confirmed that they received a report of the incident.

However, it is unclear whether the driver of the vehicle would be charged as the police are doing further investigations.