Garbage piling up on Riverton residents 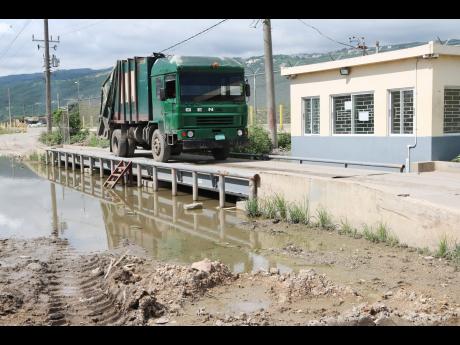 A garbage truck makes its way onto the scale where the tonnage of garbage is recorded before going on to the tipping phase where it is offloaded. 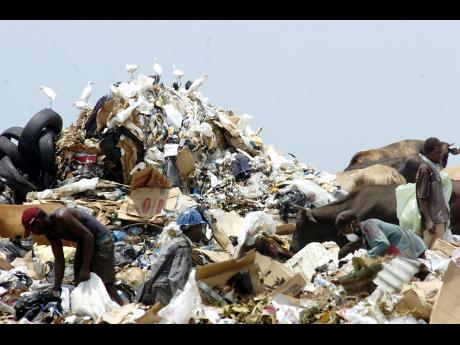 Human beings and animals rummage through the Riverton City landfill in Kingston.
1
2

With Kingston's largest disposal site literally in their backyard, one would not imagine that residents of Riverton Meadows in St Andrew would have garbage disposal problems.

But several residents in the housing scheme, which was built about 20 years ago, are complaining that their refuse has been piling up for weeks with no trucks coming to take them to the dump site less than a mile away.

"We have garbage inna we yard for weeks. The garbage trucks don't come on the regular," a resident, who asked for anonymity, said.

She said the recent heavy rains that have been affecting the island further exacerbated the problem, as the garbage bins have become breeding sites for mosquitoes.

"The water settle a lot, and is a whole heap a mosquitoes come from dem. If we speak to them about it and it (garbage truck) come one day, then it gone back to the same thing again. And when they burn the copper, the scent just kill us," said the resident, who moved to the community back in 2003 when it was newly built.

Another resident, Kadeen Barrett, who has a two-year-old child, said the insects have been causing a lot of problems for her baby.

"And then the people who normally spray the mosquitoes, we don't see them come. So, even my child have mosquito bites all over her," the 28-year-old mother said.

Executive director of the National Solid Waste Authority, Audley Gordon, said that although residents of Riverton Meadows are that close to the landfill, they are still susceptible to the problems that have been affecting residents across the Corporate Area.

"Even though they are that close, it doesn't mean that they wouldn't be affected by the problems we have been having, because the trucks still would have to be dispatched from somewhere and pick up the garbage and take it there [landfill]," Gordon said.

"We have been having some problems with St Andrew and St Catherine, so it is not that community alone that would have been affected. We have since corrected the glitch in terms of the interior roads that were damaged by the recent flood rains, and we have start rolling out more trips now and going in with more ease."