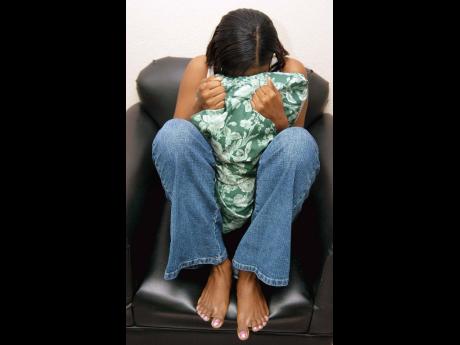 A woman who alleges that she was raped by her grandmother's husband when she was younger is disappointed that he only got a two-year suspended sentence after he pleaded guilty in December 2016.

Despite asking a judge to have leniency on her elderly relative during the trial, Jane White* says that she expected him to at least spend some time behind bars.

"I have mixed emotions because I thought that he would have been sent away, but I didn't wish to see him spend the rest of his time in prison. But I didn't want him to get away scotch free either," she told THE STAR.

White, who is now in her 30s, said that she wanted to break her silence about being raped for a while but was prevented from doing so in order to protect her grandmother. However, she said that a report was made after she found out that the man also raped two of her younger cousins.

"When I found out about my younger cousins, I thought that it was because I was silent for so many years that this happened to them. So I started blaming myself for it, and that was what prompted me to make a report because I thought it was just enough," she said.

Although she was asked not to speak about being raped because some persons thought that she would bring shame on her grandmother, she said that she was shocked that her grandmother came to the trial in support of the man she also claimed raped her mother for years - from she was six until she was 16.

"My feelings towards my grandmother at this point is that I just pity her. I don't know what else to say, to feel, or what to think about her," White explained.

"For all of us were told that we had to shield her and protect her, but to my surprise, when all of this was happening, during the court process, she would turn up to support her husband," she continued.

Now, she believes that it should be mandatory that convicted sex offenders spend at least some time behind bars.

"Something needs to be done because in my case, he wasn't sent away. He was sent back home, so there was nothing to try and reform him," she said.

And White, who blogs about child abuse, wants victims to speak to someone about their ordeal.

"What I find is that when you harbour all of that hurt on the inside and you don't speak about it, it manifests in other ways. You have women who are angry and bitter. They don't have to go the route that I did, but they need to start talking to someone," she said.