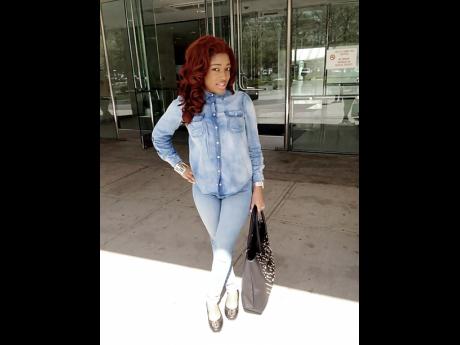 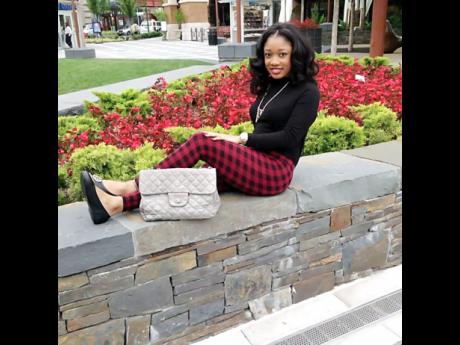 Deeply wounded by the death of Shauna-Lee Moodie in Mexico on December 19 of last year, family members are still searching for answers to how the easygoing young soldier met her sudden demise.

Moodie's body was brought back to Jamaica yesterday, nearly a month after she was found lifeless in a Mexican hotel room. Reports out of Mexico indicate that her body was found on the hotel floor with her husband beside her. Police arrested the husband, but it is unclear whether he was charged.

Moodie, 23, hailed from St James, where she studied at the Montego Bay High School. She left Jamaica in 2013 and went to the United States where she enrolled in Monroe College and joined the US Army shortly after. The trip to Mexico was intended to be a celebration of her achievements, but it turned out to be tragic.

"I'm not handling it well right now. I'm in grief. Every day I cry for my daughter. Sometimes, I am just here waiting for them to say they went in the morgue and she got up. I want them to say she was in coma. All now I still don't believe," she said.

Like most mother-daughter relationships, Sandra told The STAR that the love that she shared with her daughter was rich.

"We were the greatest. Every day she would call me and say 'hey, mom, what's up mom? I love you'. And if she didn't get me, she would call her sister and ask for me."

Family members told The STAR that they have made attempts to get a second autopsy done to figure out what exactly happened to their loved one, but were told that her body is fully embalmed, so it cannot happen.

Moodie's cousin, Naomi, told The STAR that the circumstances under which she died are quite mysterious.

"This is so frustrating, because we have not got an autopsy all now. What we are hearing from the husband's father is that she choked on her saliva. All now we can't get to see an autopsy report," she said.

Daren Johnson, a longtime friend, said that he is very sad about what happened.

"I was so emotional. When I saw the message about her death, as a man, me bawl out. The other workers ask a wah. All me could a seh is 'me fren, me fren'. Me couldn't even talk. It was not until Sunday when I saw her in the box that it kicked in, and I came to realisation that she is not here."

Johnson described her as "a very educated, forward-thinking, strong, motivated person who knew what she wanted. she was a very hard worker and she was very determined."