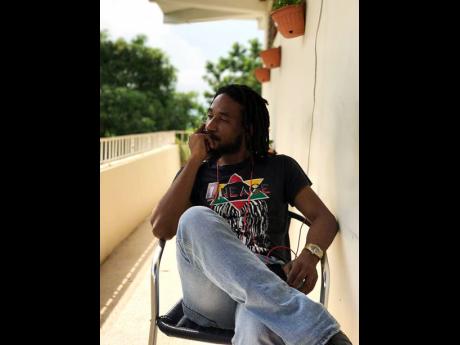 While $100 is hardly enough to buy anything of value, it ended up costing the life of budding entertainer France Nooks on Tuesday afternoon

The 25-year-old died while undergoing treatment at the Andrews Memorial Hospital from a stab wound allegedly inflicted by an irate taxi driver.

His aunt Margo Douglas said that he was able to give her details before he passed away hours later.

"When I got to the hospital, he hold my hand and said: 'Auntie a put me a put down the money, enuh, and feel one sharp pain ina me chest'. Is a good ting me hold on to his hand or the knife would a go farer," a distraught Douglas said.

She stated that her nephew was heading to the Bob Marley birthday celebration on Hope Road in the taxi when he and the driver started arguing over an additional $100 that was added to the fare.

"He told me that he was asking him (the driver) why he would raise the fare from a $100 to $200. He also said he asked why he didn't let him know that before he entered the cab. My nephew was a good youth. He was humble and even if he argued, he was not the type to tell anyone about their mother or so on," she said.

Nooks is also the nephew of artiste manager and Solid Agency CEO Sharon Burke, and had just left her office on Dumbarton Avenue.

"He finally got a contract. Someone was interested in him in Europe. They sent money for his video shoot and was in the process of applying for his visa. He was not ready to leave this world. He had goals and was working effortlessly toward them day in day out," a shattered Douglas told THE STAR.

After he was stabbed, Nooks was able to run to Andrews Memorial for assistance, after which he got in contact with his relatives.

"The surgeon began operating on him before he reached the theatre. He really tried. My nephew died just like that over a stupid $100," she said.

A grieving Douglas said that after making checks with other cab drivers, she learnt that they would hike the fares whenever there was a huge build-up of traffic or if a major event was being held.

"France really didn't know that. If he didn't have enough fare, he would have walked. He had a lot of dignity and was a very humble youth. He didn't deserve to die in this wicked manner," she said.

No one has been held in connection with the stabbing. Douglas pleaded with anyone who has information on the incident to assist the police with their investigations.