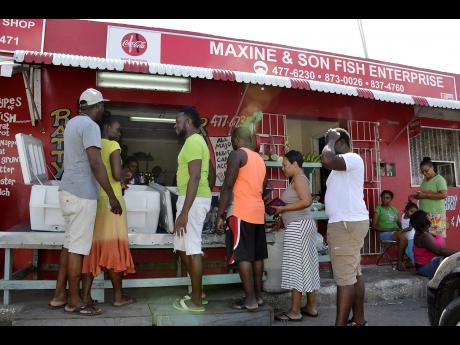 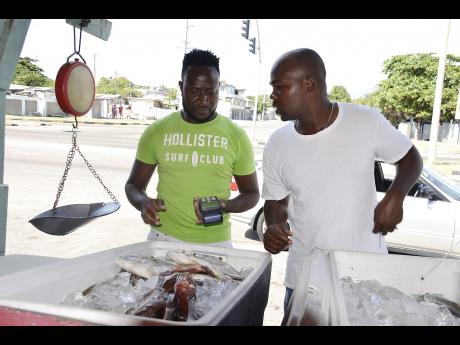 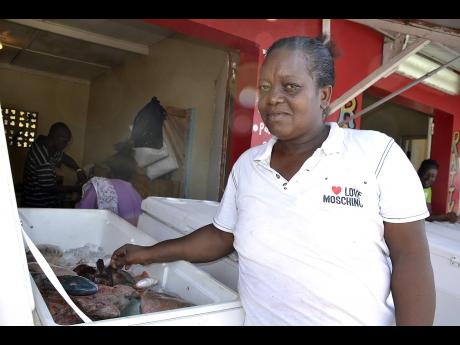 Julett Thompson shows off her cooler filled with fish.
1
2
3

Business was in full swing at Maxine and Son Fish Enterprise when THE STAR visited the Rae Town Fishing Village yesterday.

Namdi Thompson, known to many as 'Ratty', who co-owns the business with his mother, said that even though Lent started yesterday, things were already going good.

Many customers were seen at his business place ordering various types of fish, including parrot and snapper.

"Things will pick up because a lot of persons are very religious and tek Lent [season] serious. They will eat fish for the 40 days," he said.

He stated that there has also been a slight increase in the fish prices.

Julett Thompson, another fish vendor at the fish market, noted that the increase in price is dependent on how much they are sold for by the fishermen.

PRICES ARE A BIT HIGH

While the prices are a bit higher than usual, Ratty said that the service will keep them coming back.

For the customers' convenience, he said that at his business place they offer a pre-order service, where customers can call ahead of time and order what they want, and even get the fish cleaned. He added that this service helps to eliminate waiting time, which helps with the flow of business.

He stated that they also try their best to ensure that all their customers are treated well which will ensure their return.

"We establish a relationship with our customers where we know what they want and how they want it. We also have point of sale machine for persons who don't travel with cash, so customers can always get what they want," he said.

Kemar Simpson, who helps his mother at Angela's Fish Market Enterprise, said that there are many people who pass through the village on a given day, and, with the start of the season, he expects more to come.

"Yah so is one of the main fish place, so generally a lot of people come here. Since a Lent time, we are expecting more. The busiest time a always on the weekend because that is the time most people are available," he said.