People have to be smarter - fire official warns 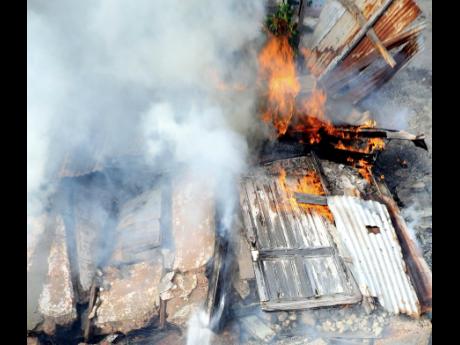 With a number of deadly fires since the start of the year, the chief fire prevention officer at the Jamaica Fire Brigade, Acting Assistant Commissioner Floyd McLean, said that people need to start taking charge of their lives.

"People have to be smarter now. They have to plan for their life, plan for fire. In the event that anything occurs, they have an escape route prepared and a chance to surviving," he said.

He added that people can invest in a smoke detection system which they could install themselves.

"I am not happy with respect to the number of children that have died in fires since the start of the year. What we found is that when there are fires and we try to do investigations and ask how the fire started and if the houses have regulated light, people get tight-lipped about it," he said.

"We encourage people to tell us because it is to gather the right type of data to caution others on what to do to prevent something similar from happening," he added.

He said that people should be wary of the equipment in their homes such as heaters and they should be careful of how they handle fires in and around their homes.

"If there is competition for electricity, you may have low voltage. This may heat the wire and depending on where the wire runs, it can be combustible," he said.

McLean said that despite the many challenges, including limited resources and funding, the brigade is doing its best to educate the public about what they can do in case of a fire.