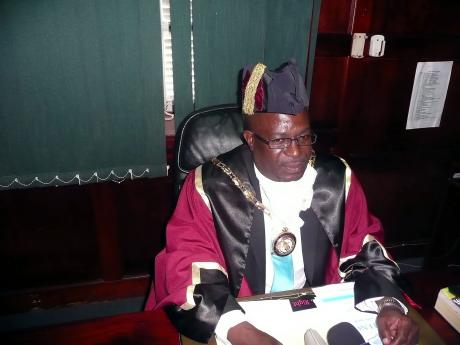 JLP councillor Owen Palmer and another man died yesterday after the vehicle in which they were travelling overturned in St Catherine.

According to the police's Corporate Communications Unit, Palmer was travelling with five other persons at about 3:15 a.m. yesterday, in the vicinity of Old Harbour, when he lost control of the vehicle which hit an embankment and overturned.

The occupants of the vehicle were taken to the hospital, where Palmer and the man were pronounced dead.

The second person who died has been identified as 50-year-old Gideon 'Jimmy' Thompson, of Homestead district in Spanish Town, St Catherine.

The other victims are said to be in stable condition.

Palmer succeeded Member of Parliament Andrew Wheatley as the Mayor of Spanish Town in 2012.