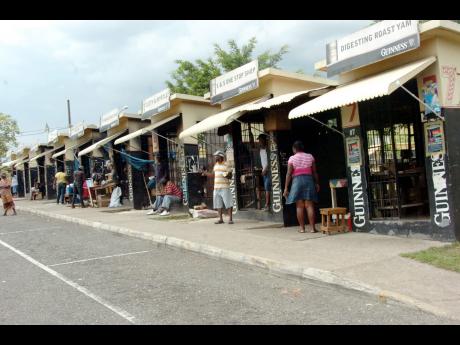 Vendors at the Melrose Yam Park in Manchester. 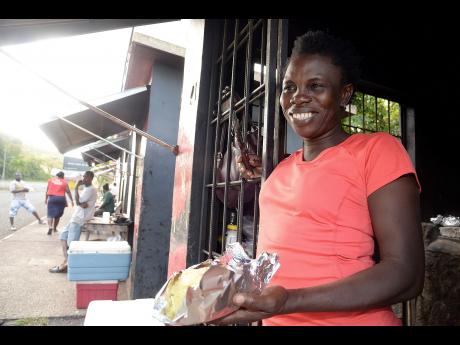 Denise Hall, one of the vendors at the Melrose Yam Park.
1
2

Vendors from the Melrose Yam Park on Melrose Hill, Manchester, say they are concerned about the bypass that is to be built.

Denise Hall, one of the vendors, told THE STAR that she is not sure where they are going to be stationed when the bypass is built, but she hopes they are placed at a location that will allow them to continue making money.

In May last year, it was reported that the new leg of Highway 2000 from May Pen, Clarendon, to Williamsfield, Manchester, would affect communities like Clarendon Park, Osborne Store, Toll Gate, Porus, Scott's Pass and Melrose Hill bypass.

Therefore, it is expected that the Melrose Yam Park, which is home to about 35 vendors, would also be affected.

With no word on where they would be relocated and when the construction would start, another vendor, Michelle Banton, said that she, too, is concerned. She adds, however, that she is making most of the moment now.

"We haffi work with what we getting. Sometimes business slow, and sometimes it fast, it up and down," she said.

Banton told THE STAR that even though she is concerned about the move, she is not fazed because in the end, the authorities are the ones that make the call.

"Is either we in or we out, enuh. From the bigger heads seh a so, a just so. A just so business work. Is either you a stay or you a go home," she said.

Hall said that things are quite slow in the area sometimes, so she is uncertain about what will happen when the highway is built.

"The holiday is the busiest time and sometimes during the week. There is no specific time, but so we just have to hustle," she said.

Banton added that even though business is slow sometimes, they have loyal customers.

"People have customers. It might not be a lot of customers, but we have. Every day we build a new customer base because nuh matter how you cook, enuh, there is someone there to love it, enuh," Banton said.