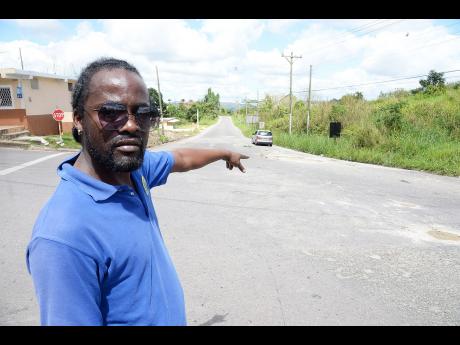 Michael Williams points to the spot where the accident took place. 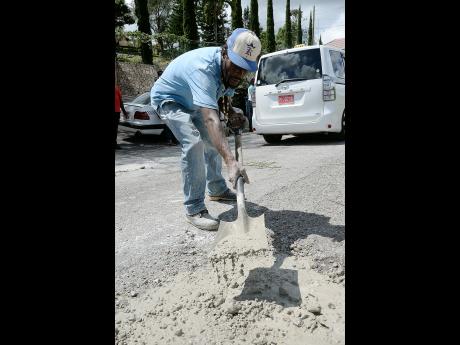 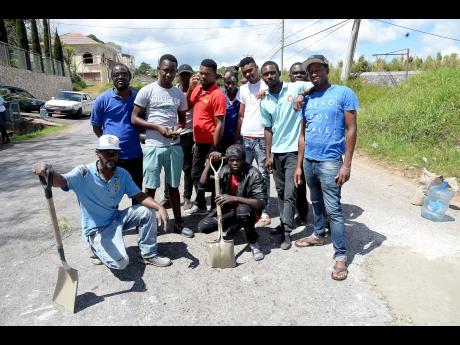 Taxi drivers in Clandon, Manchester, pooled resources to fix the road in their community.
1
2
3

Members of the North Eastern Manchester Taxi Association in Clandon took to the streets last Wednesday in an attempt to fill the holes in the road which they use on a daily basis.

Michael Williams, known to many as 'Jazzy', who runs the Spaulding to Christiana route, said that they decided to take this initiative following an accident that almost claimed the lives of four people on February 27.

"Yesterday [Tuesday, February 27] evening in the after hours, yuh know seh a car a swing outta wah pothole and run inna me bredren car and mash up some people. So, we kinda tek today and tek di break so we can set up the road," he said.

Williams told THE STAR that even though they are collecting money from persons passing by to help them in the fixing process, the initiative is not about the money.

"We pool our resources together and buy some cement so we can patch out the road. It's not about the money because we could a work. A the danger we a see inna this mek we a fix it," he said.

He added that even though they have been calling for the roads to be fixed for years, they are no longer waiting on the councillor, because the accident could have claimed lives.

"We a talk about it from long time, and people nah tek it inna hand. Dem wait till wah accident happen."

Williams said that other sections of the road in the Clandon community have been fixed, but the persons responsible for the fixing have stopped part of the way.

He said that the burden is, therefore, on them to ensure that the road is accessible because they are the ones using it on a daily basis to make a living.