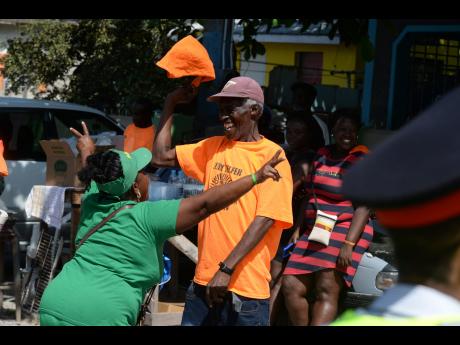 Keisha Hayle yesterday became the eighth People's National Party (PNP) candidate to be rejected by the voters of North West St Andrew after she was given a sound beating by Dr Nigel Clarke in the by-election to replace Derrick Smith as Member of Parliament.

No PNP candidate has won the seat since 1976 when Ken McNeil beat Karl Samuda.

Meanwhile, in a parochial by-election held in the Norman Gardens Division, Jacqueline Lewis kept the seat in the PNP's columns. She polled 2,062 votes to the JLP's Headley Wilson who got 124 votes.