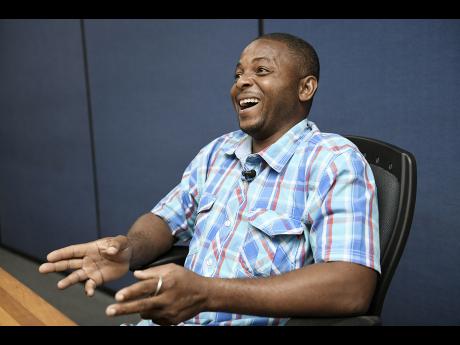 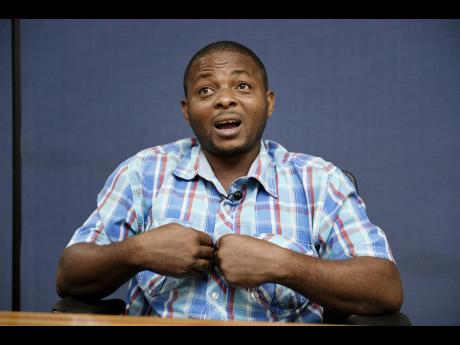 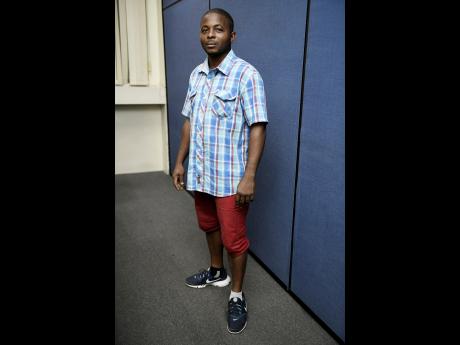 Macaroni, made popular from the posting of a social media video that has gone viral.
1
2
3

But a wah do 'Macaroni'? If you ask him, he will tell you nothing. This Portland bus driver even claims to be unbothered by the viral videos which pokes fun at him and makes him out to be a nincompoop. He said, however, that the videos, which have taken social media by storm, have affected his kids negatively.

Macaroni, whose given name is Patrick Harris, said he has seen most of the videos making fun of people in silly situations and his main concern is that persons have used the videos to tease his children.

"I neva know say this thing woulda reach this way. It is a problem and it good. People have it inna negative way with me name, even mi children, people see dem and say, 'gweh, yu fada fool fool', and mek mi kids dem feel a way 'bout 'Yu father a run bus a riva'," Macaroni said.

The 40-year-old father of seven gained notoriority last November when a video surfaced online which shocked viewers. In the video, onlookers could be heard saying, "Weh Macaroni a guh?...A can't Macaroni dat," in disbelief at the poor judgement of a driver who tried to navigate a coaster bus across a flooded roadway.

Since then, the audio has been added to numerous videos depicting persons carrying out mindless actions.

But for the man who is known as Macaroni, the wave that his name has created online has come as a surprise to him. And despite the negative connotation that his name has taken on, Macarono says he does not let that bother him.

"Mi nuh put dat pon my brain 'cause mi know say a neva me did a drive di bus," he said. But he wants persons to know that he is not 'silly', as Internet users have made him out to be.

"People have it inna di road say anything people do stupid dem a say dem a Macaroni. Macaroni is not a mad man, Macaroni no do stupid things. Macaroni is a man weh sensible more than nuff a di people dem weh a put up video," he said.

He told The STAR that he took on the moniker 'Macaroni' while growing up in Fountain Road, Bath, St Thomas, where he operated a sound system.

Now, he says going about is regular business has been more challenging than in the past.

"Sometimes a man see yu and just a seh 'weh Macaroni a guh?' and it annoying sometimes 'cause mi a say mi can't go no weh private again. Like mi affi guh dark up all a di window dem and screechie-joe, but mi nuh use to dat," he said.

But despite the attention that he has been getting in the streets, he says he does not feel like a star.

"When a man a star and star movie, him gain from him stardom, suh this nuh mek mi feel like no star. Suh whenever time mi start gain, dem time deh mi a star, cause every star gain," he reasoned.

Macaroni believe that he and the persons' voices heard in the flooded-road video should receive some compensation from persons using the Macaroni 'brand' in songs and for other promotional purpose.

"Mi agree say mi fi get supm from the people dem weh a use my name, if it possible," he said.

Macaroni also said that if monetary compenation is there to be gained, he would want for his friend, whose voice can be heard on the vidieo, to get money too.

He says wherever he goes, persons who know him are telling others that he is the famous Macaroni. "Even di bus driver dem, when dem see mi dem a say, 'Weh Macaroni a guh?' and a say, passengers, si Macaroni deh'," he told THE STAR.

As for the videos, Macaroni said "most a di video dem stupid". Mi see video wid man a tie up him and a jump off a building and drop offa building and mash up and dem a say, 'weh Macaroni a guh?'" he said.

Macaroni admits that he has seen the funny side of some of the videos, but says there's nothing to laugh about when he sees the video of a married man putting his head under his wife's dress which has the 'Weh Macaroni a guh'? voice-over.