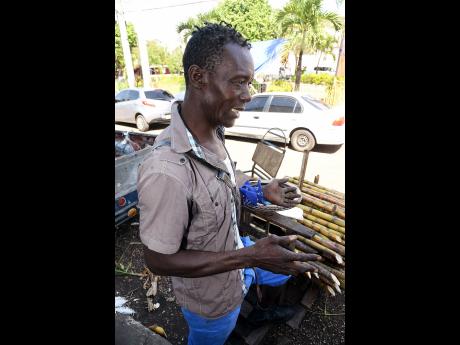 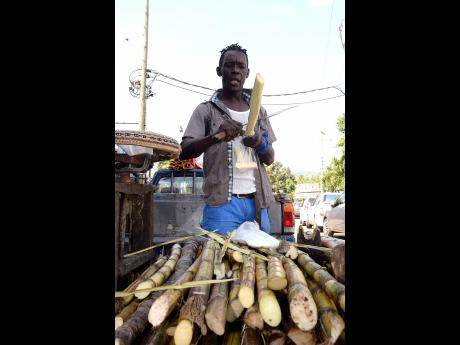 "A di first me feel so safe inna mi own community. Mi like weh dem a do," said Christopher 'Caney' Walker, a cane vendor from Linstead, St Catherine.

Last week Sunday (March 18), the Government declared a state of public emergency in the St Catherine North Division Police Division, and this is something that Walker welcomes.

"The place is really calm and nice, but a just one ting a my problem. Mi can't make no money to send me pickney dem go school. The town dead 'cause the people can't travel up and down as you want," he said.

However, he was quick to point out that he is not opposing the move made by the Government to declare the state of emergency, which will last for an initial 14 days.

"This move is to clean out the country, so we cannot fight against it. We just have to move with it and work with it. Me believe say when this done, we a go see a better St Catherine and Jamaica on a whole," he said.

With checkpoints starting in Twickenham Park, police and army personnel can be seen pulling over and searching a number of private and public passenger vehicles.

"The soliders dem very calm and full a manners. Dem don't move like di police dem 'cause when police a run we off a road, dem deal with we like animal. But di soliders dem just tell we say a time fi we go home. SOE means say yuh nuh fi come out a yuh yard, so me nah fight dem," he said.

Like Walker, other residents had high praises for the security forces.

"Only problem we a have is that sometimes taxi hard fi get because nuff vehicle nuh insured, so the driver dem nah risk it, because dem a go search and no man nuh wah lose dem vehicle. So, all a di illegal taxi dem gone hold dem corner," Tanisha Smith said.

Police statistics show that the St Catherine North Division has recorded the highest number of homicides this year with 48 persons being killed between January 1 to March 18.

Last year, 136 persons were killed in the division.