Everybody a farm but no buyers - Farmers lament lack of customers 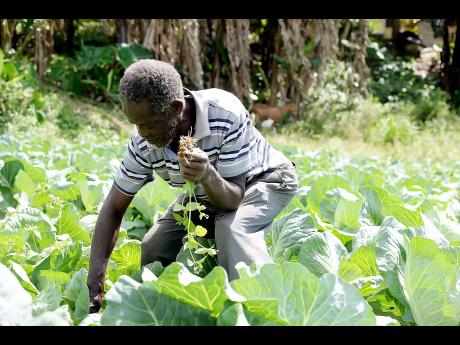 Kenroy Lewis tends to his batch of cabbage in Douglas Castle, St Ann. 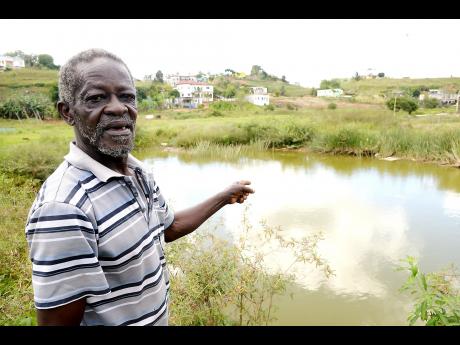 Lewis points to his pond where he raises freshwater fish, mostly black perch.
1
2

Kenroy Lewis was one of the farmers who was most affected by floods last year in Douglas Castle, St Ann.

Fast forward to the present, and Lewis said that things are the same as last year.
He told THE STAR that farmers in the area are losing their crops now to drought and lack of sales.
“Nutten not selling tru neither di market nor the buyer is there. Most of the people dem weh use to buy from we start farm and supply so them have them own things,” he said.

Lewis, who has been farming for the past 40 years, said that his produce is now rotting because there is no market for the goods.

“Me grow cabbage, lettuce, pak choi and yam, among oda things. Right now it nah gwan wid nuttin. Nuff a we farm just a bun up yah now. Nuff a it we lose. People carry all animal fi feed pan dem land because it nah sell,” he said.

He adds that now they have to sell their produce for almost nothing because they have to find some way to make some money.

“Sometime the price fi we things deh down a zero. Sometime a man go down a market and sell 90 pounds a lettuce fi all $1,000 because yuh want to get it off your hand. It nuh worth it but we can’t do any better. A we livelihood,” her said.

Anne-Marie McGonigle, who has been farming for the past 10 years, said that farming was once a prestigious and profitable thing to do.

She added that after the rains last year, things have not been easy.

“People get help last year enuh but a nuh everyone could get it, if yuh understand me. The government did what they could but it hard to come back from what happened to us last year,” she said.

Steve, who has been farming for the past 30 years, said that competition is the main factor behind their loss.

“Right now everybody a farm. Police a farm, lawyer a farm, doctor a farm. So we nuh have no one to sell to,” he said.

But Rohan O’Connor, another farmer, told THE STAR that “This is not the worst we have experienced. We know seh a so things go, so we nuh mek it fret we, just affi go through.”