I will never stop painting - biochemist has undying love for art 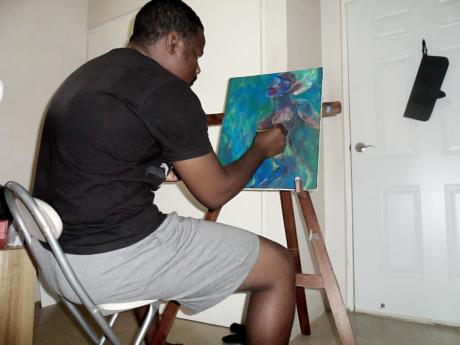 Aldeam Facey working on another piece. 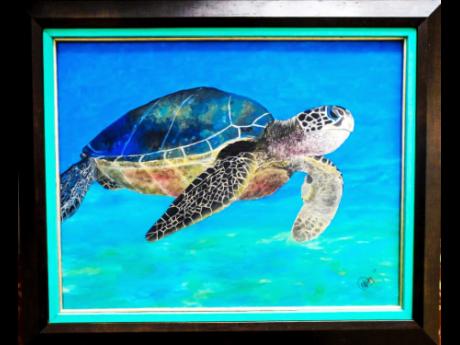 One of Facey's pieces showing the beauty of sea life. 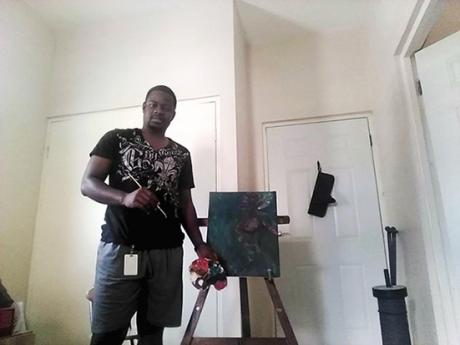 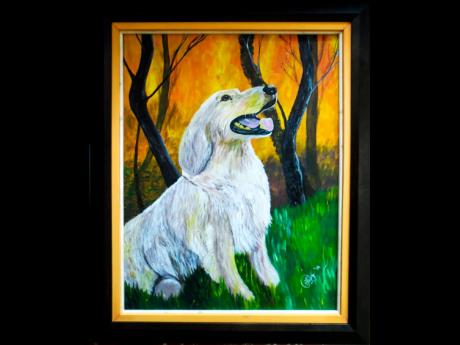 Aldeam Facey recently defended his thesis and is on the verge of getting his PhD in biochemistry, but that does not deter him from his other love which is painting.

Facey, who has been painting for as long as he can remember, says that he fell in love with the art because his father used to paint and he was always fascinated with it.

“My father was an artist, so I always played around with painting as a child. But I really started to take it seriously one summer while at UWI. I couldn’t get a summer job and was at home bored, so I tried a few paintings and that’s how I kicked off,” he said.

He told The STAR that painting is natural for him and became very calming.

“It’s a very relaxing feeling when I paint and it always impresses me when my work comes to life,” he said.

He said that he would consider a career in painting, if he had a market for his pieces.

Facey, 27, adds that he has been selling his paintings since about 2012, but he does not do it for the money because he has not mastered it perfectly as yet.

“For now, painting is more of a hobby until I master it, but I would consider a career in it if I can earn enough,” he said.

“I sell them very cheap so while I sell a lot, there is not much cash,” he added laughing.

He told The STAR that as relaxing as painting is, it takes time and it is dependent on the type and size of the painting among other things.

Despite having many jobs and looking to establish himself more in his field, Facey said he will never stop painting.

“Right now I am a resident adviser on one of the halls on the UWI campus. I am a doping control officer at JADCO (Jamaica Anti-Doping Commission) and I am head demonstrator for final year biochemistry at the UWI,” he said.

When asked what would be his preference if he had to choose between biochemistry and painting, he said he was not sure.

“Fortunately I can do both ... but I guess the one that puts food on the table would be the best option,” he said.