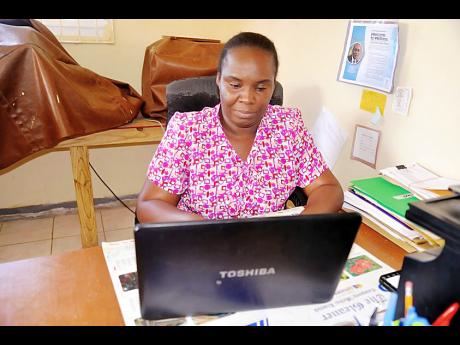 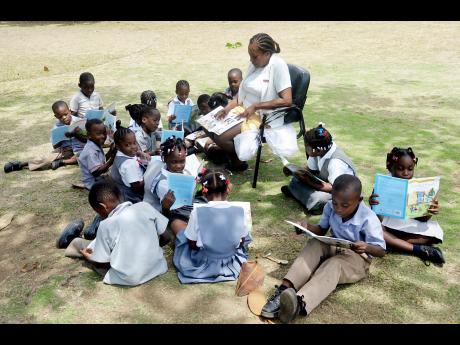 Students comfortably sitting outside while learning. 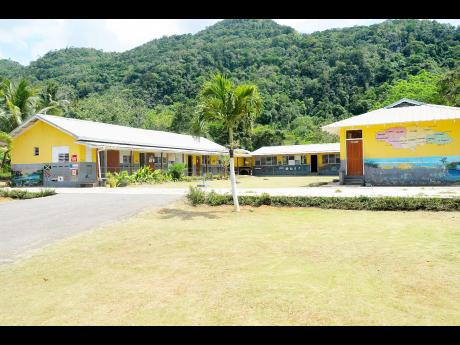 The well-kept compound of the Duanvale Primary School.
1
2
3

Lack of adequate resources continues to impact the Duanvale Primary School in Trelawny, and they are reiterating calls for additional support from Government and corporate companies alike.

"We are in need of a computer room," said Williams, who has been at the school since 2000.

"The room is there, but it is hot because there is no air conditioning, and the computers are outdated. This makes information technology learning less than ideal. We have a projector that the teachers use, but the other computers aren't enough for the students," she added.

Furthermore, she said that they need a PA system as well as stationery for the underprivileged students.

According to the acting principal, about three-quarters of the institution's 139 students are on the Programme of Advancement Through Health and Education (PATH), and as such, many are coming to school without the necessary stationery such as books and pencils.

"We get a little supports from our parents, but it's not enough, especially from the ones who we would like to see, such as the parents of the underperforming students. We would really like to talk to them and see that they are more involved in their students' lives," said Williams.

"We have a WhatsApp group and some of them don't want to be a part of it, and they don't come to PTA, so there is room for improvement," she added.

Williams, however, noted that support also comes from Nutrition Products Limited as well as from past students, who sometimes grant scholarships.

She outlined that the dedicated team of teachers always try to find new ways to help the students in order to improve their GSAT performances.

"For the last GSAT, we got a few traditional high schools like Mt Alvernia High, Westwood High, York Castle High, William Knibb Memorial High and others. So, despite our challenges, student performance is on the increase here, but there is room for improvement with more support from the community and Jamaica overall," Williams explained.