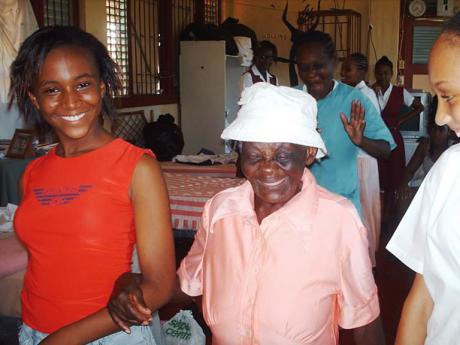 Students of Green Island High pampering the elderly at the Lucea Infirmary. 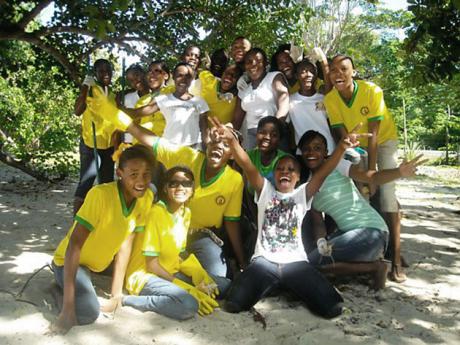 The character-building programme in Green Island is among Hanover's top adult and children-driven charities.

The initiative is the brainchild of a former vice-principal of the Green Island High School but is now led by a team of teachers and students at the institution with the support of the community. Its aim is to put smiles on the faces of the needy and forgotten.

"It was just in December that we identified and honoured 120 elderly persons who would have contributed much to the community and have never gotten any recognition," teacher Sidonnie Lindsay-Reid told the WESTERN STAR.

"We took them here and held a celebration in their honour and showered them with gifts, care packages, and food," she added.

Lindsay-Reid, who currently serves as the coordinator, said the programme has led to projects such as a beach clean-up at Long Bay, erecting gardens, painting the walls at the Green Island Health Centre, treating the school's ancillary workers, visiting various children's home and cleaning and painting the homes.

She said that one notable project was catering to a woman who had nine disabled children.

"People in the community were afraid of them and even threw stones at them. It was a real struggle for the family. Persons even wondered what we were doing with them, but all of this goes back to teaching our future generation the culture of care and respecting others," the teacher stated.

"I think we have a culture of begging and grabbing, but I want them to grow with the idea of giving back," she added.