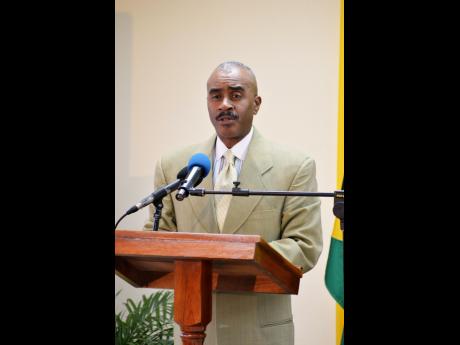 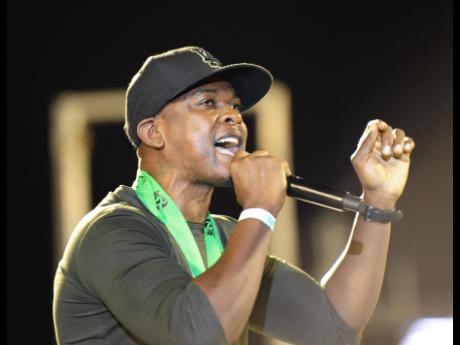 Dancehall artiste Mr Vegas was roughed up and shoved out of the Young Men Christian Association (YMCA) yesterday after he found himself on the wrong side of Gino Jennings and his partisan crowd.

Vegas had accepted a challenge to debate the celebrity pastor who had ripped apart churches that allowed women to wear ankle chains, red lipstick, and fake hair.

"You so called Christian looking hoes, jumping in some church, flopping your ankle chains around. On the choir, breasts hanging out, lips all red, nails painted red, purple, blue, green, long like bird claws, all this fake hair, breasts implant, toe nails painted with little fake diamonds in it, your toes ain't richer. You're nothing but a prostitute," he said in December.

Vegas was among several who took Jennings to task for the comment, and yesterday was billed as a face-to-face showdown between to two popular personalities.

Jennings, speaking before an adoring audience, said he did not say a woman is a whore because she wears make-up, false hair or jewellery. He said the look of a whore includes make-up. According to Jennings, if a nurse dresses like a cop, people will think she is a cop, and if she dresses like Jezebel, she will be viewed as Jezebel.

Earlier, Vegas said his purpose at the debate was to"stand with every woman in the world who is against sexism, verbal and physical abuse".

"When I listen to Pastor Gino Jennings calling females whores, prostitutes for wearing nail polish, it instantly reconnected me with my mom's fingers," he said.

The entertainer said that his mother was a domestic helper who was left with blistered nails and ripped fingers. He said that if his mother were alive today, he would send her to a salon to get her nails done.

One 11-year-old boy, who was called up by Vegas, agreed that women who wear false hair and make-up are whores. Vegas said it was his duty to save young people from such indoctrination.

"Can you imagine this young man walking up to Portia Simspon [Miller], hugging Portia Simpson, our first female prime minister, saying you have on false hair, Madam Portia, you are a whore".

But later, the much-hyped debate descended into a shouting match as Vegas found himself no match for Jennings and his supporters who effectively muted his voice. The artiste targeted a member of the audience as he sought to build an argument but a worked up Jennings would have none of it.

At that point the stage was set for a Vegas takedown. The deejay complained that his microphone was cut and was unable to stay on message and Jennings taunted and teased him like a high school bully.

"Call your chapter and your verse," Jennings repeated as he dared Vegas to find support in the scriptures that women should wear make-up.

Failing to find a verse Vegas dared Jennings to play the tape of his infamous sermon. The clergyman, however, seemed to have had enough. He urged security officers to usher Vegas out of the building. The entertainer resisted and was forcefully pushed out of the building.