'Teach them to ride' - Residents tired of bike crashes 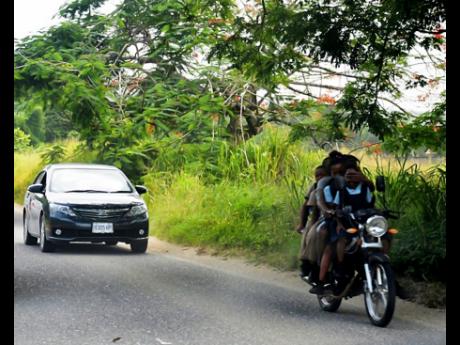 The lives of little ones are at risk because of the practices of some bike taxi operators in the parish of Westmoreland. 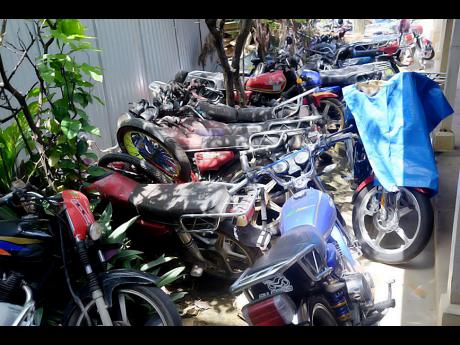 Hundreds of motorcycles have been seized by the police in the Westmoreland division.
1
2

Despite being faced with myriad social issues, residents along the Savanna-La-Mar to Negril corridor in Westmoreland has named a reduction in motorcycle collisions and traffic fatalities as their greatest need at this time.

Since the start of the year, 14 persons have died from eight motorcycle accidents along the stretch. A total of 28 persons were killed in such collisions last year.

According to Mario Ennis, the owner of Cobra Motorcycle Sales Limited in Sheffield, motorbikes will always be a popular and preferred mode of transportation for residents in the parish.

"The parish has a lot of remote areas where people live, and motorcycles are the best mode of transportation in some of these areas, so it is important to preserve the culture. In fact, it is a way of life," Ennis said.

Ennis said that there are several issues plaguing western communities, such as crime and inconsistent water supply. However, he said that "addressing the careless loss of lives is a priority".

"Let us face the fact that bike taxis will not be going anywhere soon, so they need to educate the users of the road code. [Making] the procedure to regularise simpler is a priority."

Meanwhile, some bike taxi operators agree that an aggressive educational campaign, along with a sustained zero-tolerance approach by the police, could bring positive results.

"The majority of us who are riding on the road don't know how to ride or have an understanding of the road code," said Dwight Smalls, who has been riding motorbikes for more than 20 years.

Another veteran bike-taxi operator, who gave his name as Bud, said younger riders are refusing advice.

"Is the newer set of riders them a crash, and as someone in the business long time, it hard to teach them because if you try tell them anything, them ask you if a you buy them bike or a say you days done," he said.

He added: "No amount of preaching about wearing protective gear or police patrol will cut down the crashes if they are not willing to learn how to drive the bikes and understand the road."