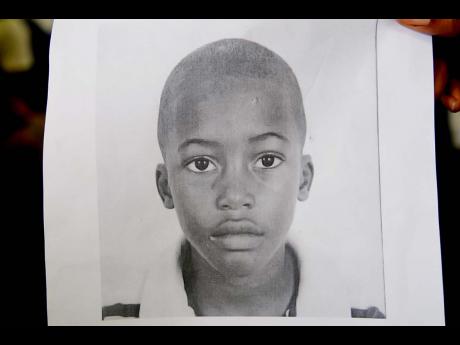 Since the tragic death of his nine-year-old son, who was crushed by a teacher's car at the Anchovy Primary School in St James, early last week Easton Stapleton Sr, said he has lost every reason to live.

"I live near a ledge, and I was standing on the ledge, looking over and the feeling I had, I wanted to jump off, that's how messed up I am," Stapleton told the Western Star in an interview.

"It's hard, me still trying to come to grips that my only child is dead."

"I went to look at my son's body at the morgue, it was the worse experience of my life...I still can't believe that it's him" a distraught Stapleton continued. "They placed my boy in a plastic bag, wrapped his head and tie him in a sheet."

He described the whole ordeal as "earth shattering".

"It makes you wonder what life is all about. I am going through a phase, where I am trying to come to grips as to whether my son is dead," he said. "I am not sure I could ever watch them put him in a grave; it just cannot be the end ... he had so much promise. I would have preferred it was me."

According to the police, shortly after 4 p.m. last Tuesday, young Easton, was on the outside of the school compound waiting for his transportation, when a teacher, in reversing her car to leave the premises, lost control of the vehicle and crushed the child against a wall.

But in addressing concerned parents at the school the following day, Angella Gayle, deputy superintendent of police in charge of community security and safety in the parish, implored parents not to retaliate against the school community or the teacher involved in the incident.