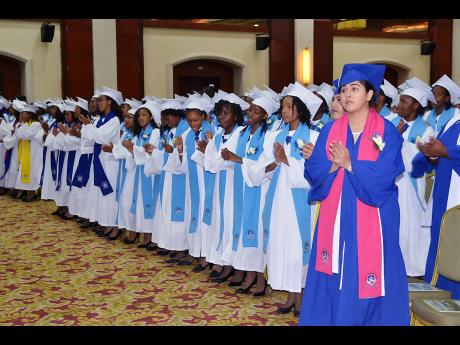 Members of the 2018 graduating class of Mt Alvernia High School. 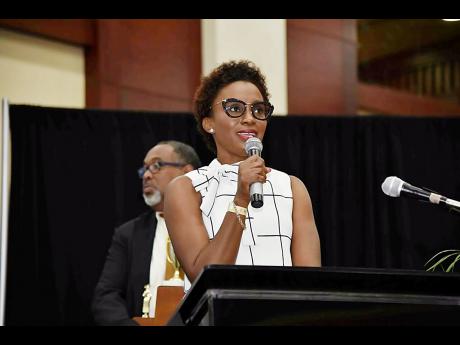 Stacey Reynolds, principal of Mount Alvernia High School in St James, has issued a stern warning to the over 200 graduates from the all-girls educational institution, not to get pregnant within the next 10 years.

She made her warning during the school-leaving ceremony held at the Montego Bay Convention Centre last week.

“When you leave here, nobody for the next 10 years will be having a baby,” Reynolds charged. “Instead of seeking to become pregnant and end up as mere babymothers, enroll in a university and further your education.”

She continued: “I saw the (school) magazine and in the magazine, I saw nowhere where any of you said you wanted to be a baby mother, you all had an ambition,” she added. “Every single one of you will be going to college, no matter where you have to find that money, you are not going to make it end here.”

She said that if the students can graduate, and overcome the challenges of high school, they can overcome anything.

Mt Alvernia is ranked among the top 10 schools in the island based on Caribbean Secondary Examination Council passes, where they have moved  12 places to number six.