Cops give green light to events in some St Elizabeth communities 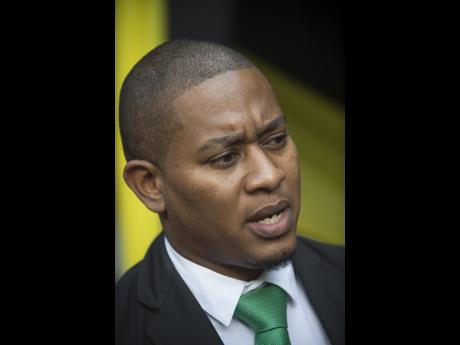 Floyd Green, member of parliament for South West St Elizabeth, has called on the police to review the strategy of banning events in communities.

Green, a junior minister in the Andrew Holness-led Government, told The STAR yesterday that the strategy has been bad for communities which depend on entertainment events for survival.

The St Elizabeth police have lifted a ban that was placed on entertainment event. Deputy Superintendent of Police (DSP) Anton Cardoza told a recent meeting of the St Elizabeth Municipal Corporation that after a careful review, the entertainment ban has been lifted in three communities.

He said the ban have been lifted from the communities of Vineyard, Whitehall and Middle Quarters.

Responding to the decision to lift the ban in some communities, Green said that the measure "has had an extremely negative impact on the communities".

"The reality is that in all of these communities, events are a main source of income, not just for promoters but service providers. Most people have year-to-year events proceeds from which are used to send their children to school and to get by day to day," Green said.

The police instituted the parish-wide ban on entertainment events earlier this year in response to an increase in criminal activities. Green told The STAR that he believes the strategy is flawed.

"An area like Middle Quarters had a weekly round robin to support bars in the area so all of that had to come to a halt. It has been a very difficult time. As MP, I have had numerous complaints about the ill-effects and have lobbied at all levels for the ban to be lifted. It is my belief that the police should rethink the strategy of banning events in areas and instead focus on the events or promoters that have run afoul of the law. The wholesale approach does not support the strengthening of community police relations, and, in fact, deteriorates the relationship. I hope that in the other areas not mentioned across the parish the police will also lift the bans imposed," the MP said.