Dahlia Dalley: Mother to many, laid to rest 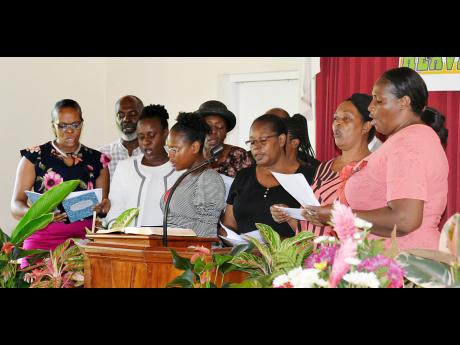 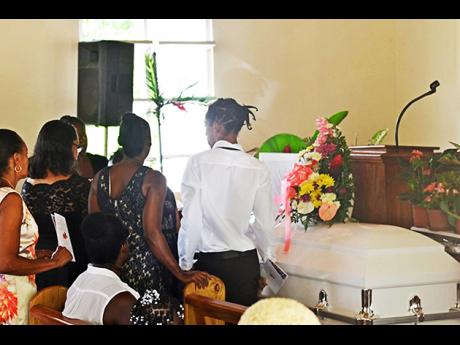 Relatives and friends of the late Dahlia Dalley gather before her coffin prior to the start of the funeral.
1
2

The Chatham Seventh-day Adventist Church in Blytheston, St James, was packed with dozens of relatives and friends who came out on Sunday, July 22, to remember the late Dahlia Dalley.

During the emotional service, which was presided over by pastor Trevor Reid, the 85-year-old Dalley, affectionately called 'Miss Dalley', 'Sister Dalley', and 'Miss Dougie', was Dahlia remembered as a mother figure to many in her community.

Her cousin, Shellie McKinley, said Dalley was a positive maternal role-model to the boys and girls.

“Although she had only one biological daughter, she was a mother to many others and opened her heart and arms to several boys and girls and treated them like her own sons and daughters,” McKinley said, while presenting the eulogy.

“She lived a very humble life, recognising the needs of others and doing her best to help them in whatever way she could,” McKinley said.

Dalley was born in the community of Logan, St James, to parents Samuel and Ima-Jean Dalley on April 4, 1933, and had 15 siblings. She later met her spouse, George McKenzie, with whom she had their daughter, Shakantula.

The elderly farmer was a long-standing member of the Chatham Seventh-day Adventist congregation for more than 20 years, until illness prevented her from attending services in her later years. She
succumbed to her illness on June 14.

“Miss Dalley was an industrious lady and a virtuous woman, and her hands knew no idleness,” said Wood-Pringle. “She was humble of spirit and always willing to lend a hand.”

Dalley's remains were later interred in the family plot at Deeside, Trelawny.