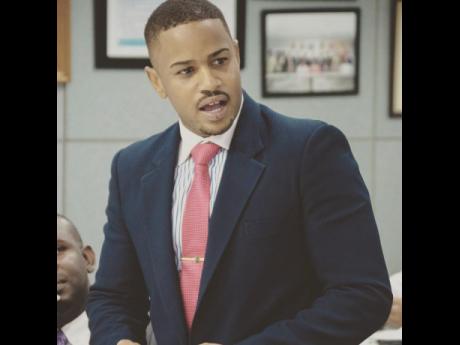 Brown, who allegedly assaulted a senior citizen, has not been charged in relation to the matter.

"The police had him in custody from last week Friday, and he was bound over in the sum of $15,000 in his own surety in the Family Court," attorney-at-law Martyn Thomas, who is representing Brown, said.

Brown’s extended stay behind bars had nothing to do with the alleged assault, but was as a result of a matter before the St. James Family Court.

“When the latest incident occurred, and he was taken into custody, bail was not considered because it was discovered that there was an outstanding warrant out for him in regards to a domestic matter at the Family Court,” a police source told The STAR yesterday.

Thomas said the Family Court matter concerns him and the mother of his child.

"I don’t even represent him in that matter," he said.

The lawyer, however, suggested that the outstanding warrant against Brown might not have been his fault.

"He was at court, the issue was dealt with, but the warrant was not vacated,” said Thomas.

“It was when he went to the station to make a report, that they said they had a warrant out for him. Outside of that, I don’t know of anything else," the lawyer added.