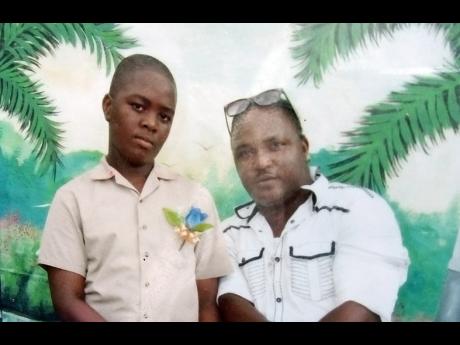 In the eyes of his father and his principal at The Manning's School in Savanna-la-Mar, Westmoreland, 16-year-old Shamar Tomlinson was a young man with good potential, and they believe that he was on the path to a bright future.

Unfortunately, Shamar, who hails from Crowder district in Grange Hill, won't be around to fulfil his great promise. He was among four persons who were killed as bloodthirsty gunmen went on a shooting spree in the western parish between late Sunday night and early yesterday morning. Five other persons were shot and injured.

"This is a sad time for the school," said Steve Gordon, the principal at Manning's. "Two weeks ago, one of his (Tomlinson's) classmates died by drowning, so it is a particularly sad time for his class. We are providing them with counselling at this time."

KILLING OUT OF CONTROL

According to reports, shortly after 2:40 a.m., on Sunday, Tomlinson was at home with his family when a group of armed men kicked open the front door to the house. Tomlinson, who was in bed at the time of the incident, reportedly ran out of the house. However, he was chased by the men, who shot him several times. He died on the spot.

"Shamar was a good boy, an obedient son to me," said Derrick Tomlinson, who was also in the house when the gunmen barged in. "He was doing very well in school, and I believe he was going to turn out well in life. He did not deserve to die like this."

The other persons who were killed in separate incidents are 20-year-old Davian 'Bolo' Malcolm, of Russia district; 32-year-old farmer Relando Reid, of Fort William; and 35-year-old Wayne Sweetland, of West End in Negril.

"Westmoreland needs a state of emergency like yesterday," said a businessman, who asked not to be identified. "The killing is out of control, and it is not single killing they are doing, they are killing four and five at a time."

Since the start of the year, Westmoreland has recorded 104 murders.