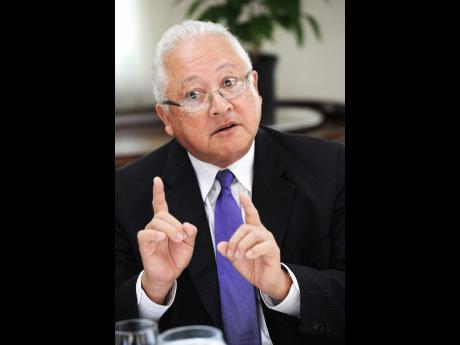 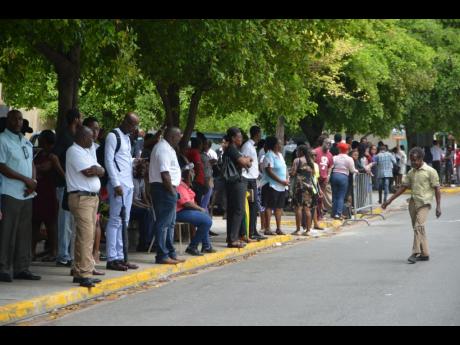 Members of the public are forced to wait on the side of Kings Street in Kingston after a bomb scare on Monday.
1
2

There have been at least four shutdowns in recent weeks, two of which occurred this week after police received calls that bombs had been planted in the buildings.

"These bomb threats, though they turned up nothing, have become a nuisance and a menace. While it has caused a bit of delay in starting court and a great deal of inconvenience to the staff, we take these threats seriously, and, therefore, we ensure that the courtrooms and complex are properly checked before the staff returns to the buildings," Chuck said.

Bomb threats were received in respect of the Trelawny Parish Court, the Kingston and St Andrew Parish Court the Supreme Court, and the St Catherine Parish Court.

"It is obvious that someone is determined to create some problems for the court system, but we are now taking precautions to check all the courtrooms and court complexes," the minister told THE WEEKEND STAR.

"What we have been doing is to check everywhere to ensure that the court complexes are free of any problems so that when these threats come in, we know that they can be ignored. So we are taking the necessary security precautions and measures to really neutralise any threats coming to us," he added.

Attorney-at-law Able Don Foote agreed that the bomb threats have had an adverse impact on the court system.

"The bomb threat is a major inconvenience to the entire justice system. It affects judges, attorneys, court staff, and most importantly, litigants, who are desirous of having their cases heard," he said.