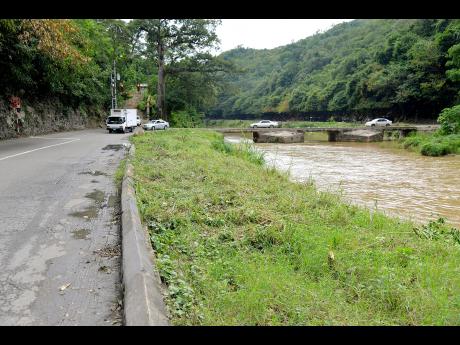 Persons who use Flat Bridge say the lights have not been working for months. 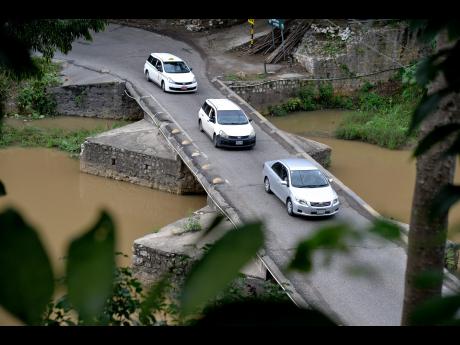 The traffic lights that regulate the movement of vehicles at Flat Bridge in the Bog Walk gorge has been out for months.
1
2

Some persons are haunted by the thought of even travelling along the Bog Walk gorge in St Catherine because of the numerous lives that have been lost to accidents in the area.

Now those who have to use the road on a regular basis believe that they may be flirting with death even more as the traffic lights to enter the bridge have stopped working.

Roxanne Forbes, who lives in Linstead and works in Spanish Town, told THE STAR that the traffic lights have been out of commission for months.

She said that she often takes a deep breath and closes her eyes whenever she is in a vehicle that is crossing the bridge.

"It look like dem a guh want somebody dead round deh before dem fix it," she said.

Forbes said that some drivers have been racing to get on to the bridge before those travelling in the opposite direction.

She believes that the drivers have to be highly skilled to successfully navigate through the gorge.

"Nuff night dem buck up face to face pon di bridge and one haffi reverse off and a nuh everybody can reverse offa dat bridge," she said.

Stephen Shaw, manager of communication and customer services at the NWA, said the agency has been met with some serious technical challenges in getting the lights operational again.

"We are having some issues in the Flat Bridge area of the gorge as it relates to lightning," he said. "Lightning has struck the system out there on a number of ocassions and so the system is burnt."

Nonetheless, he said they are working to find a suitable fix as soon as possible.