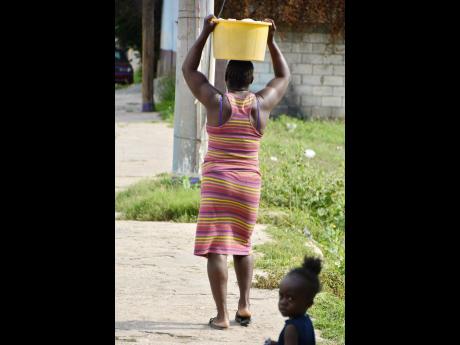 This resident of Arnett Gardens heads back home with a pan of clothes after catching water at a standpipe. 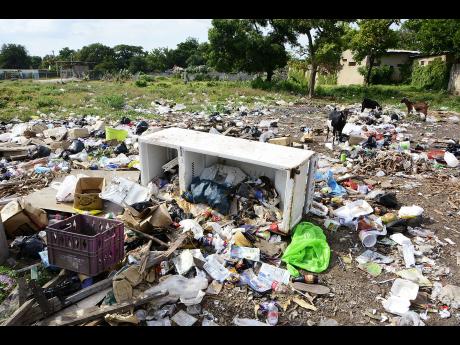 Garbage piled up in a section of the community.
1
2

Potable water is a scarce commodity for some of the residents in Arnett Gardens.

This is very much evident on Ninth Street as a group of women and children wait their turn at a standpipe to fill their bottles and pans.

"When water is in these pipes, it's a surprise, enuh. This is where most people come catch up them pan. A years this a gwaan, so we get used to it now," a woman said.

Similar sentiments were echoed by her friends, who all said they have grown accustomed to carrying water.

"A lot of people bathe at a next standpipe round the road every day. One time when Trench Town school was there, the boys used to peep on the woman dem when dem a bathe. Every time we hear say we a go get water fully, but that no happen yet so we a gwan work with the system," one woman chimed in.

Stating that while crime is no longer a major problem, the women said there are other burning issues that they would like to see addressed.

In addition to the water crisis, they argued that some sections of the community are extremely dark at nights because of the lack of street lights.

"When it touch all 8 o'clock on Seventh Street, not even dog nah walk 'cause dem will buck up. The place dark bad. More time mi a walk, mi have to a hold on bush because mi no wa drop," an elderly woman said.

Another female points to a swelling on her knee stating that she is still in pain after falling in the darkness while she made her way home from church.

"Mi say mi drop and roll, mi frighten so till. Mi nah point fingers at anyone, but mi just waan see the place fix and light and water deh bout. Crime rate down especially with ZOSO being here but sometimes them too aggressive," she said.

In an earlier interview with THE STAR, Member of Parliament for St Andrew South, Mark Golding, said he was aware of the situation and is in close dialogue with the National Water Commission to resolve the matter.