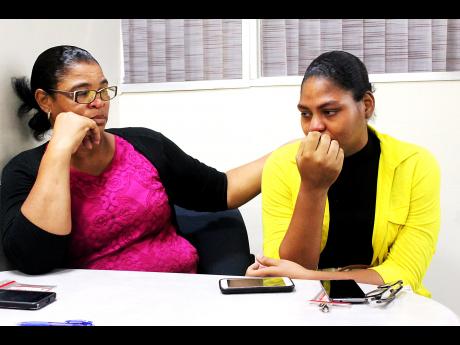 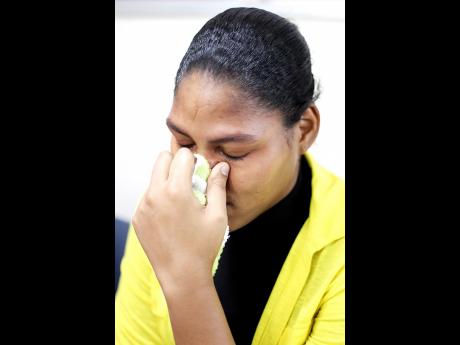 Shaunakay Cayman cries as she speaks about the loss of her baby. 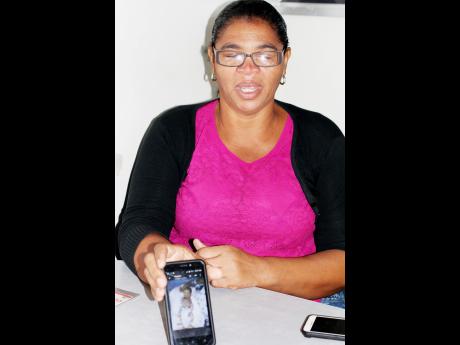 When Shaunakay and Marva Cayman visited THE STAR yesterday, their grief was obvious.

Using a rag to constantly dry her tears, Shaunakay shared the agonising experience of having to cope with the loss of her son, who died just hours after he was born at a hospital in September.

They called him Malachi Matteo Brown, and he would have been the first child for the 21-year-old and the fourth grandchild for her mother.

"He was overdue by six days, so I was told to come in on the 28th of September, where they would induce labour, but that was not the case. I wasn't induced until 26 hours later, and by that time, it was too late," she said.

Shaunakay said that upon reaching the hospital, a doctor ruptured her amniotic sac, and she was told that her cervix had dilated to six centimetres.

"Before I went on labour ward, I got a drip to keep my body hydrated, but about five hours later, I was still at six centimetres and in a lot of pain. Things remained that way for the entire night, but I was vomiting now. I told the nurse I was in a lot of pain, but she told me that I have to feel pain for the baby to come and when I feel like the baby was at my vagina, I should come back. She just turned her back and walked away. She never allowed me to tell her that my baby had stopped moving, so I went back to bed," she said.

Shaunakay said that she continued to vomit throughout the night, and the intensity of the pain was almost unbearable.

"I cried so hard that night, and I begged the doctors to cut me because my son wasn't moving and the pain was terrible. When they went to check my baby's heartbeat again, his heart was beating very fast, and the nurse told me to stop crying because I was putting my son in distress, and I stopped," she said.

Staring at a picture of her dead baby on her cell phone, Shaunakay said it took a few hours for a doctor to examine her.

"When the doctor checked me later that day, I was at five centimetres, which means the baby was going back up. I kept falling asleep, and a nurse woke me up hours later to tell me that it was time for me to be induced. I was later given oxygen, and shortly after, a doctor came to examine me and said I was going into surgery immediately," she said.

The grieving woman said that after the C-section, she was told by a doctor that the baby had serious complications and was in need of a blood transfusion.

"They told me he ate his faeces while he was inside of me, so I quickly signed the papers for him to get the transfusion. Some time after, another doctor came and told me that my baby was dead. I didn't get a chance to see my baby until he died. I never heard him cry or anything," she said before bursting into tears.

Placing her arms around her daughter, Marva cried for most of the interview as she explained how her daughter was treated by the medical team at the hospital. She remains adamant that Malachi would be alive if the hospital staff had been more caring and dedicated to their jobs.

Marva said that when they requested the baby's remains for burial, her daughter was told that they would have to wait two months for an autopsy. Little Malachi will be buried this Saturday at a family plot in St Elizabeth.

"We were supposed to be preparing for his christening, but now, we are preparing for our baby's funeral. When my grandson died, a part of my daughter died as well. They took both of them from me, and it is the hardest thing I ever have to deal with in my life," she said.

Reflecting on the ordeal, both women said that they are hoping that their experience will shine light on the unfortunate incidents that are taking place within the heathcare system.