Woman searching for stolen dog since 2016 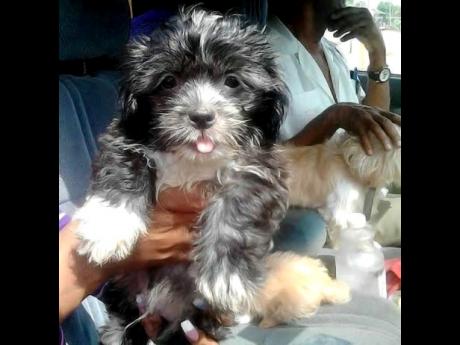 Pamela Pitter has been searching for her dog, Bishop Jr, since he was stolen in 2016.

'Nightmare' is just one of the words that could be used to describe how Pamela Pitter feels after realising that her pure-bred shih-tzu was stolen two years ago.

According to Pitter, she still wakes up at nights to the sound of dogs barking with hopes that the pet she grew so attached to has returned.

"About 11 o'clock a night me get up and hear dog barking and me think a him. He loves the outside, and every morning he would get up and scratch the door, and that morning he did not. I almost had a nervous breakdown," she said.

She told THE STAR that for two straight years she has been searching for her beloved Bishop Jr. She said that she has sent out missing dog reports, and she even placed advertisements in the newspaper about his disappearance.

After not getting the desired response, Pitter decided to search for her dog by herself. She said that on two occasions, she saw the dog, but the persons who she believed took them eluded her.

"In February of 2017, I was on my way to the shop in Duhaney Park and saw him with a lady. I confronted her, and she said that she just bought the dog and she was giving me all types of story, then she tell mi bout three weeks later seh him get stolen," Pitter said, noting that she has been a wreck since the dog disappeared.

"This year, I saw him in Patrick City, and I stopped and watched him. When the dog saw me, it started to wag its tail and ran towards me. I went to the woman at the stall and told her it was my dog, and she seh: 'Dem fava ee' and then a tell me seh a her dog," she added.

On both occasions, Pitter said that she made reports to the police, but she is yet to get back her dog.

Pitter is asking anyone who may have seen or knows the whereabouts of her precious gem to call her at 876-791-0333.

"I know him anywhere because he has a scar on his back, and he has really big paws for his breed. I just want him home," she said.