60-year-old searches for her father 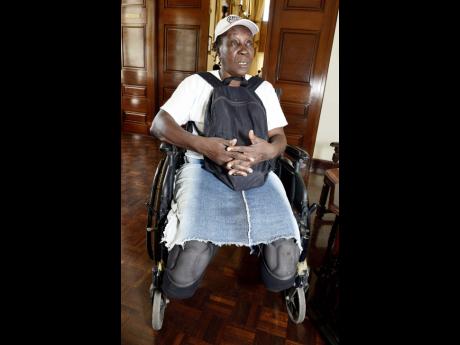 Sixty-year-old Angella Allen does not know her father.

Angella Allen-Reid is 60 years old and has never met her father, Charles.

"Him don't know if is a boy or girl mi madda did have, because him leave her when she pregnant go United States. Mi madda was from the country and him meet her at market in downtown. She did fat and look good inna the market so him just pitch dung pon her, and a it dat," she said.

Allen-Reid said that he mother, Amy Adassa Grant, is from Islington in St Mary. She has no idea where her father is from, except that she was told he was a "jack of all trades", and that he had a sister by the name of Theodore Allen, who was a nurse.

The mother of six, who hails from Mountain View, St Andew, said she has hoping to meet her father, but he appears to have forgotten that he left a woman pregnant with his child in Jamaica.

"I remember waiting so much that after a while I tore up the only picture that I had of him.

I was a child and very disappointed. The last time mi madda say she see him is when him leave say him a go pick up a passport, and she never see him back," she said.

Allen-Reid is a double amputee as she lost both of her legs due to complications of diabetes. She is adamant that she is not seeking any financial assistance from her father or paternal family members. She said that after losing her mother several years ago, her Christmas holidays would be complete if she received closure as to why he abandoned her.