Missing returning resident's body was in morgue for 40 days 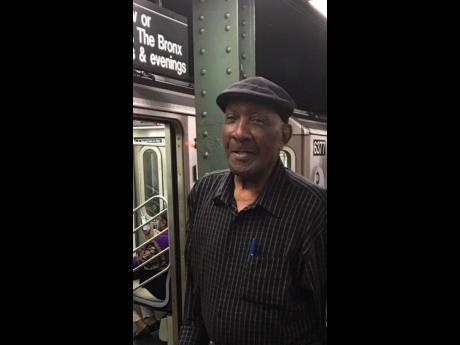 The almost two-month search for 82-year-old missing man, Seymour Samuels, ended last Friday at a morgue in Savanna-la-Mar where his body was being housed for more than 40 days.

The elderly man, who went missing on October 25 in Westmoreland, was staying with relatives in Jerusalem Mountain in the parish. Reports from the police are that Samuels left home for Grange Hill in Westmoreland at about 3 p.m., wearing a burgundy long-sleeved shirt, pants and a pair of brown shoes.

His naked body was found after it washed up on a beach in Lucea, Hanover on October 27.

His son, Edward, is consumed with grief and has expressed disappointment with members of the Jamaica Constabulary Force (JCF), arguing that they showed no empathy in his father's case.

"We as a family are trying to come to terms with not only my father's death, but how we were left agonising unnecessarily for seven weeks, whilst his body lay unclaimed since his disappearance," he said.

"There are still a lot of unanswered questions. How did he get in the water? Where are his clothes and his phone which was still ringing up to December 16? We are yet to be told the full circumstances of how my father came to be where he was found, when he was found and what happened there after," Edward said.

The distraught man said that a relative was called to identify the body last Friday. He said that while the family is relieved to get closure, they are extremely heartbroken.

"My father didn't deserve to die like this, and I don't know when we will ever get over his death," he said.