Family gets home for Christmas 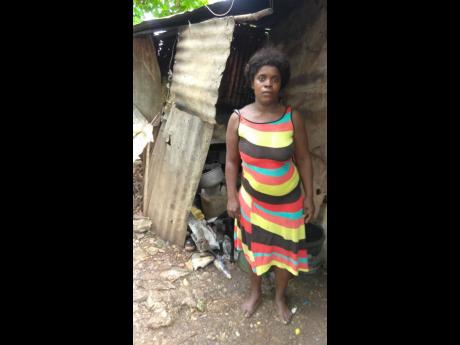 In November, Shanice Lewis said that she wanted her family to get a new home for Christmas. 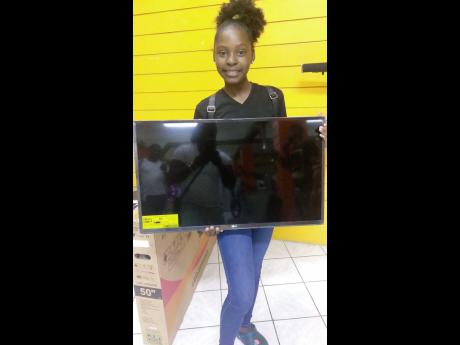 Gabrielle Gibson, 11, donated a sofa, TV, bed, toys and clothes to Shanice Lewis and her family.
1
2

For the first time, Shanice Lewis' kids will be spending the Christmas holidays in a brand new home.

This was made possible through the assistance of Otis James and two members of his James Friends Foundation, who have constructed a two-bedroom dwelling for the family of six in Effortville, Clarendon.

When THE STAR contacted James on the weekend, he and other members of the foundation were busy furnishing the home with beds, flat-screen TV, dressers and other items.

"The owner of National Self-Serve Supermarket and another gentleman were really instrumental in building the home, while others helped to furnish it. Shanice and her family will be moving into the home today, just in time for Christmas, and they are very excited. They have no idea what the house looks like, but I am sure they will be happy. This is the first time that the children will be living in a home with a television," he said.

THE STAR first highlighted the family of six in November. Lewis, along with her husband and four small children lived in extreme poverty in a remote section of Clarendon. All it would take was some strong wind or heavy downpour for the family to lose their home made out of old zinc and boards.

That old dwelling is, however, no more as it was burnt to the ground along with the majority of its contents.

"One of the most generous donations came from an 11-year-old girl, Gabrielle Gibson, who said she was moved after reading the article and decided to step in and offer her assistance. Last Friday, she handed over a bed, a sofa set, and a 35-inch Plasma television, as well as clothing and toys for the children. I am really impressed with her because she is so small and has a very big heart," James said.

When the STAR visited the area, Lewis said that she is originally from Trelawny but relocated to Clarendon following the death of her mother and grandmother. She settled with her partner and children in the broken down shack, and their main source of income came from burning and selling charcoal. Her two young daughters, who are both under 10 years old, were extremely quiet, and this was said to have affected their ability to learn.

"The family was removed from the home, and Shanice was sent to stay with a relative, while the children were being cared for by the Child Protection and Family Services Agency (CPFSA). I heard that they are talking now and are eating like crazy," James said.