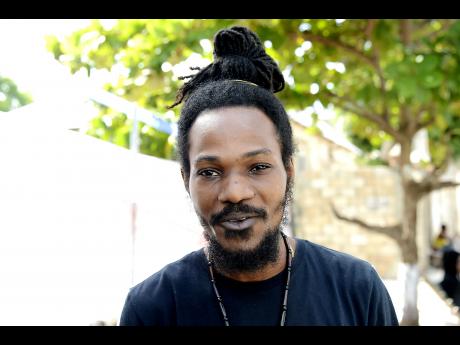 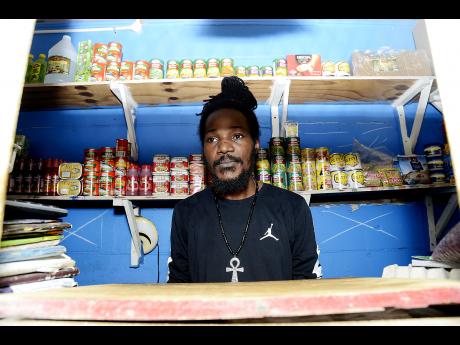 Tamarley says it is important to balance music and entrepreneurship.
1
2

Just say the name Tamarley, and the residents of Tower Street and surrounding communities in Parade Gardens will respond: "Yeah, man, a him a the big bad artiste inna the place."

When THE WEEKEND STAR visited the area recently, the Rastafarian singjay was chilling on the corner with a few friends. Singing the lyrics to a track, Tamarley keeps a close eye on his small retail and wholesale outlet nearby, attending to customers at intervals.

"A music career can be expensive, so this is what I do to finance it. Music helps gives me this little business too. I love being an entertainer, but I also know the importance of entrepreneurship. So for the past two years, a right yah so mi deh, and mi get the support from the community," he said.

While attending to his customers, Tamarley also used the opportunity to introduce them to his new single, Make It.

"It's one of those songs that motivate ghetto youth not to give up. A nuff pressure and set-back is associated with a person when dem have an inner-city address, but mi just want dem know say no matter how hard the obstacle seem, dem can make it. So far, everyone a listen and love off the song, so mi just hope dem pay attention to the lyrics," he said.

Tamarley emerged on the entertainment scene in the early 2000s, and later joined Konshen's Subkonshus Music label. The former Excelsior High School student is known for songs like Out A Di Slum, Tenement Yard, Road Map, and Badness A Nuh Badness Again.

"The 'Sub' label is no more, but mi deh ya a do mi ting same way. Mi a put in a lot of promotion on the new single Make It because mi feel like it have the potential to reach far. For 2019, me a go continue market myself and gwaan put in a lot of work," he said.