Father of suspended boy happy he is to restart school 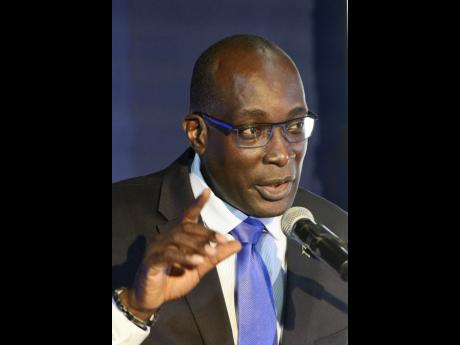 The father of the Little London High School student, who was suspended late last year for using abusive language, says he now a very happy man knowing that his son will be back in school today, but he still questioned the decision by the principal.

"I am not angry with (the principal), but I think he made some mistake with his decision of discipline, " the overjoyed father stated. "But everybody makes mistakes sometimes."

He answered allegations that he and the boy's mother did not react promptly to letters from the school.

"Mi son is staying with other relatives, because his mother and I reside overseas, and it was there that we got news that our son was sent home for using abusive language," he said. "His mother is very broken up over the decision taken by the school, after it was brought to our attention that the incident did not even take place on the school compound."

The father related that as soon as he heard about the incident, he flew to Jamaica, but by then school was out due to the Christmas holidays.

According to him, on the first day of the new term, he contacted the principal, and was informed that his son should turn up for school today.

Reports are that in December, the principal got a report that the student had used abusive language while travelling to school in a motor car.

Education Minister Ruel Reid told reporters that in cases like these, parents need to know their rights, and also, parents must contact the Education Regional Office when incidents such as these occur.

"I am still reviewing the report. I asked for a report. But engaging the principal, I think he was trying to assist the child in terms of resolution," he said.