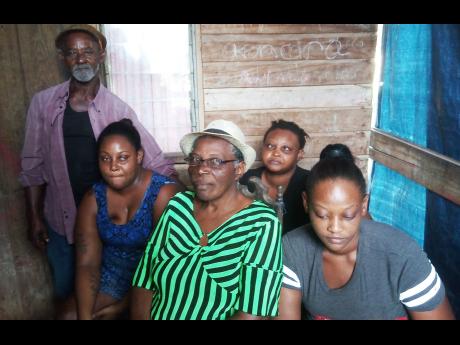 In the space of nine years, all four women in the family, which resides in Crowder district in Grange Hill, Westmoreland, have become blind. 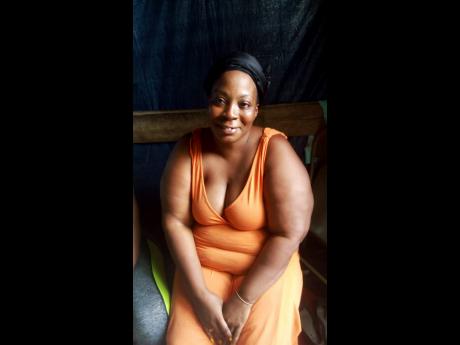 Marlene Munroe, a neighbour, has to assisting the females in the family.
1
2

When Vanessa Baker lost her sight in 2008, the members of her family had no idea that it was the beginning of misery and frustration in the household. Vanessa was 14 years old at the time, and attending Grange Hill High School. Months before she had dropped out of school after she got pregnant, and before giving birth, Vanessa lost her sight.

Throughout her ordeal, her older sisters Shanelle and Veneisha provided her with all the support she needed. They were her hands, eyes and feet. But just when the family was adjusting to life with one of its members being blind, fate struck a terrible blow.

"At first, we all thought it was just a normal case blindness on mi daughters (Vanessa), but after my oldest daughter, Shanelle, lost her sight, we started to take it serious," Lynch, said.

"We took both daughters to the doctor, and we were told that my family suffers from a rare case of glaucoma ," said the distressed woman. "We did everything we could, but we did not have the money to go further, and we could not afford the treatment."

Viris said that apart from her great-grand mother, she is not aware of any member of her family who is blind.

The only man in the house, Derrick Baker, 60, is the sole breadwinner. He said that he has been doing all sorts of odd jobs to make ends meet and keep his family afloat.

"I now have to work night and day to sustain my family ," he told THE WEEKEND STAR.

"A me have to be the eyes for everyone and sometime family chip in and assist us in any way they can, " he added.

One such person who has dedicated her time to helping the family is Merlene Munroe.

Munroe said she has always been a friend of the family, and she is committed to assisting them in any way she can.

"I now act as a mother to them," she said. "I assist all four females by combing their hair, getting them dressed properly and doing personal stuff around the house."

The misfortune that has afflicted the family has caused them to become reserved. Veneisha, who was a bartender before she lost her sight, no longer goes out. Shanelle does not go out anymore. The only person who bothers to venture out these days is Vanessa, who family members say is the only one to have adjusted to being blind.

"Life right now is very hard for the family," said Veneisha, who had her third child just before she got blind. Her one-year and 10 month old child lives with the family.

Vanessa's 10-year-old daughter is also a member of the household.

Reflecting on their situation, the matriarch Lynch said she hopes to own a television set so that she could listen to the news at times. She also hopes to have sections of her broken-down house repaired, and for a bathroom to be constructed on her house.