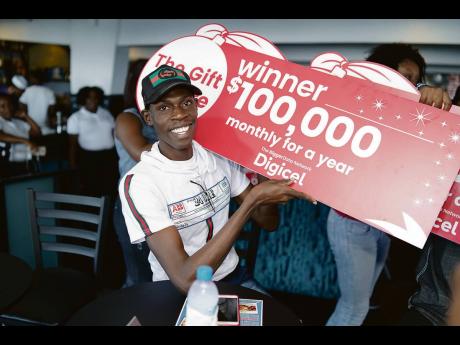 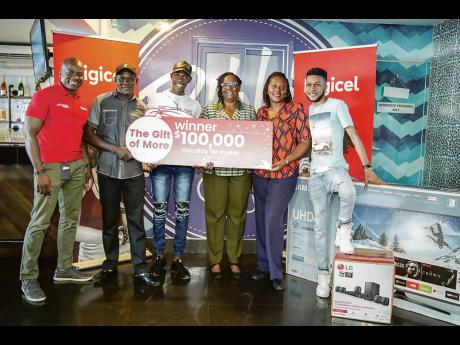 In December, his prayer was answered when he was selected as one of five persons to win $1.2 million from Digicel in their Christmas promotion. Each winner will get $100,000 per month for a year.

The 24-year-old man said that he was struggling financially for some time, and a rare illness that made him unable to walk for a period in 2016 added to his troubles.

"Life was a challenge because of my past history. In 2016, I was unable to walk because of a illness, and I had to be going to the doctor. Thankfully, I was able to overcome, and I can walk 100 per cent again," he said, noting that the illness made him unable to work or finish his schooling at the time.

At the start of 2019, he declared that he would find a way to accomplish his goals, and it seems as if he is well on his way to to doing so.

"I have to say thanks to God, because I went through everything for a purpose. And I must thank my mom, because when I couldn't work or go to school, she was the one who took care of me," said Ewen, who is currently doing a few short courses at the International University of the Caribbean.

"It is the first time I am winning anything, and I must thank Digicel for this. I appreciate it very much. I can now finish my studies and continue to work and take care of my family," he said.

"Life was a challenge because of my past history. In 2016, I was unable to walk because of a illness, and I had to be going