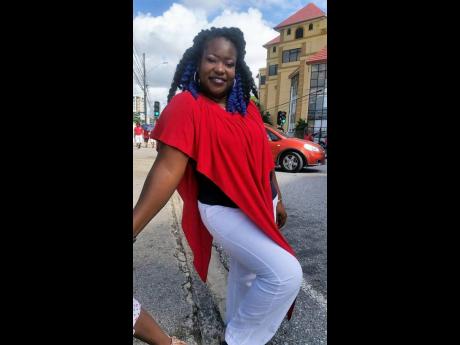 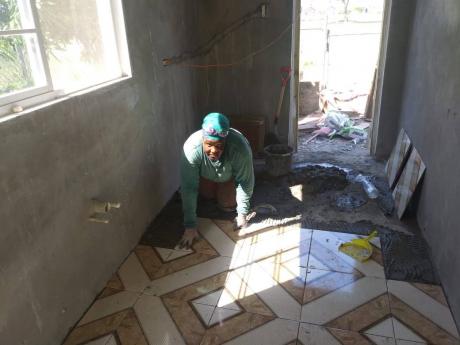 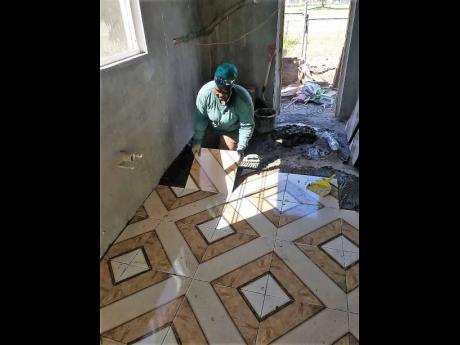 Kerisha Peart can sing like an angel, but when she dons her construction work gear, she works like a monster! With a gentle smile that is in total contrast to the strength and the vigorous with which she pursues her job, she told CENTRAL STAR that she thoroughly enjoys her job as a construction worker.

Growing up with a father, Cleveland, who is in construction, Kerisha spent many hours on the job with her father as she was often a tag-along. She later enrolled at the Portmore HEART Academy in St Catherine, where she studied building construction.

"As a child growing up, I always loved to see my dad building our house, and I felt sheer joy to help him ... . That's when I fell in love with construction. Plus, construction allows for me to be multi-skilled, and I know if I learnt more than one skill, I will always be making money," she said about her career path.

Now a contractual construction worker in her own rights, Peart is a skilled mason, fitter, carpenter, tiler and painter, and is also skilled at gypsum installation and plastering.

She admits that from time to time, she entertains the thought of doing something else as she is always open to new opportunities, but she makes it clear that whatever else she chooses to explore would be her "other streams of income" as construction would remain at the top of her list.

"My love to create and build comes natural. For me, when I build a house or a building for a client and they are satisfied with the work done, that smile on their face brings joy in my heart," she said.

Working in a male-dominated field, Peart said there are times she comes up against scepticism from men who don't believe she can handle the job.

"There are some who say that a woman does not belong on the worksite, so most times, they treat me like I don't know anything," she shared.

Peart said that when she does her work, sceptics quickly realise that she is good at her job.

"It is at that time that they show me greater respect and say I'm better than most of the guys working," she said.

A past student of the Old Harbour High School, Peart is the mother of a young daughter and is thankful for the support she gets from her family. An ardent Christian, she lists swimming, singing and travelling as her downtime pleasures.

Looking ahead, Peart says it is her dream to someday be the owner of a construction firm and considered as number one in the field.

"I would set the standard with the best quality in every job. It would really be about greater developing my skills in construction so that I will stand out for the best price, skills and efficiency of resources," she said.