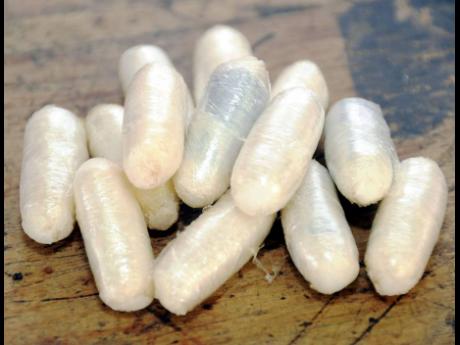 The Narcotics Police are reporting that cocaine valued at little more than J$1 million was seized on Marcus Garvey Drive, Kingston yesterday.

Information received is that about 3:55 p.m., a team of officers was on an anti-narcotics operation when they intercepted a Toyota Camry motor car.

During a search of the vehicle, a parcel containing cocaine was found.

The drug, which has an estimated street value of J$1.1 million, was seized, along with the car.

The male occupantof the vehicle was taken into custody. His name is being withheld pending a formal interview in the presence of his attorney at law.