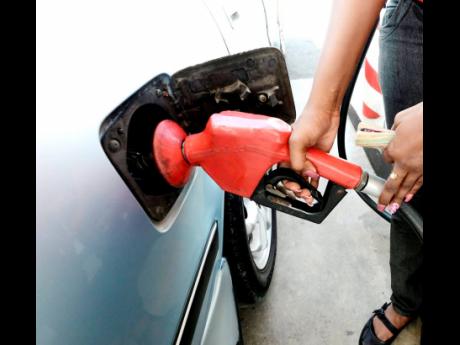 At least two mechanics in the Corporate Area say they have seen evidence of a re-emergence of bad gas on the market since late last year.

Mauvin Beckford, a mechanic on Portland Road in Kingston, said customers came to him last year complaining of loud noises coming from their vehicles.

"When customers start complain bout the vehicle 'chakkling', based on my evaluation, mi realise the octane on the gas very low, and if the octane low on the gas, it cause chakkling. When mi scan the vehicle, it come with this code, which means that the gas is not burning properly. And mi check and realised some colleagues of mine had the same problem, because they were seeing the same code pop up," he said.

Beckford said that the gas also had a high odour.

Beckford said he has seen approximately 10 customers so far with the same issue, and he had to clean out their injectors to resolve the problem.

Meanwhile, Paul, who operates a garage on Jackson Road, also in Kingston, said the gas also damaged the engine of one of his customers.

"They said they bought gas at one particular gas station, and the vehicle start give dem some problem. When wi check it out, wi smell this high scent of gas. further evaluation show dat the engine flood out wid gas, dat even the silicone weh seal the engine, began to leak," the mechanic said. "We didn't even try to repair the engine, we just change it. Before, he bought it, (the gas) the car was running quite alright."

One motorist who spoke with THE STAR said he bought gas from a reputable gas station and he has started noticing the problems with his vehicle.

The 'bad gas saga' first rocked the industry in 2015, when hundreds of motorists claimed their vehicles were damaged because of contaminated fuel they bought at gas stations islandwide.