Denham Town, other areas to have 'ZOSO Day' 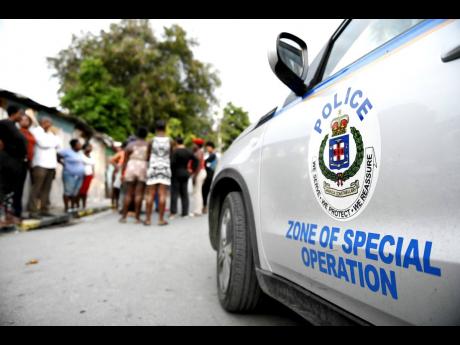 Denham Town and surrounding areas in West Kingston will engage in sport, fun and entertainment at the 'Denham Town ZOSO Community Day', this Saturday.

An initiative of the Joint Force, Denham Town and the Jamaica Social Investment Fund (JSIF), the day will feature road races, football matches, a cheerleading competition, a concert and kiddies centre.

Managing Director, JSIF and Deputy Chairman for the Zone of Special Operations (ZOSO) Social Intervention Committee, Omar Sweeney, said the Community Day will allow for camaraderie and interaction among residents, the stakeholders involved in the ongoing social intervention initiatives and the Jamaica Defence Force and Jamaica Constabulary Force personnel who serve and protect the areas.

"What we really want to focus on is the interaction of the community of Denham Town and the stakeholders involved in the ZOSO, so the day will allow community togetherness; stakeholders meeting, greeting, cheering and participating in the day's proceedings," Sweeney said.

He noted that stakeholders will also use the day to update and inform the community of the social intervention and infrastructure initiatives that are being undertaken in the area.