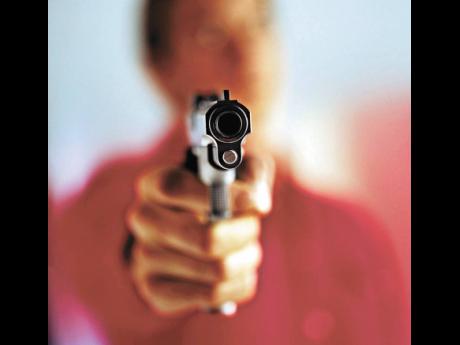 The number of firearms seized over the weekend has increased to four.

Reports from the Barnett Street Police are that about 12:15 a.m., a police patrol observed a motorcycle with two men aboard disobeying a one-way sign and signalled the driver to stop.

The motorcycle reportedly slowed as if to stop, however the pillion disembarked and the driver sped off.

The pillion ran into a yard and was chased by the police, however he escaped. The yard was searched and a floral knapsack containing a CZ 75 semi-compact 9mm pistol fitted with an empty magazine was found.

No one was arrested in connection with the seizure.

Two firearms were seized in the St Catherine North and Kingston Eastern divisions on Saturday, while another was seized in Manchester on Friday.